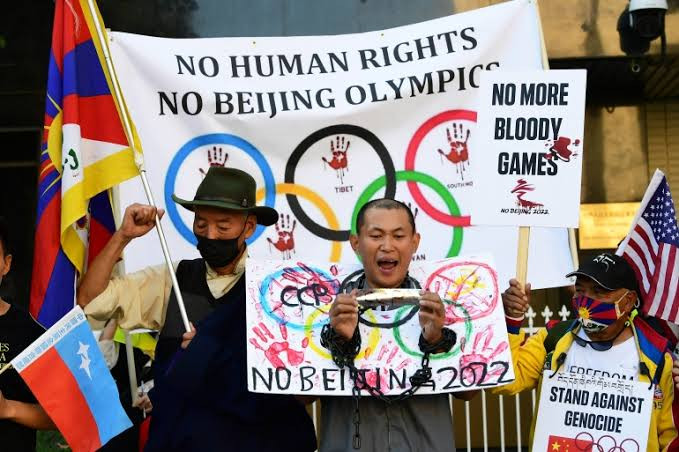 China has warned countries who have announced a diplomatic boycott of the Beijing Winter Olympics that they “will pay the price for their mistaken acts”.

The US, UK, Australia and Canada will not send government representatives to the Games because of concerns over China’s human rights record and it’s abuse of Uighur muslims.

France, unlike the above mentioned western countries, said it will not join the boycott.

France is the host of the next Summer Games.

The Winter Olympics are set to take place in Beijing in February.

“The United States, Britain and Australia have used the Olympics platform for political manipulation. They will pay a price”  Wang Wenbin, a spokesperson at the Chinese foreign ministry, said.

Chinese state media claimed on Wednesday that Beijing “never planned to invite US and Western politicians who hype the ‘boycott’ topic”.

The US was the first country to announce a diplomatic boycott, with Australia, Canada and the UK following suit.