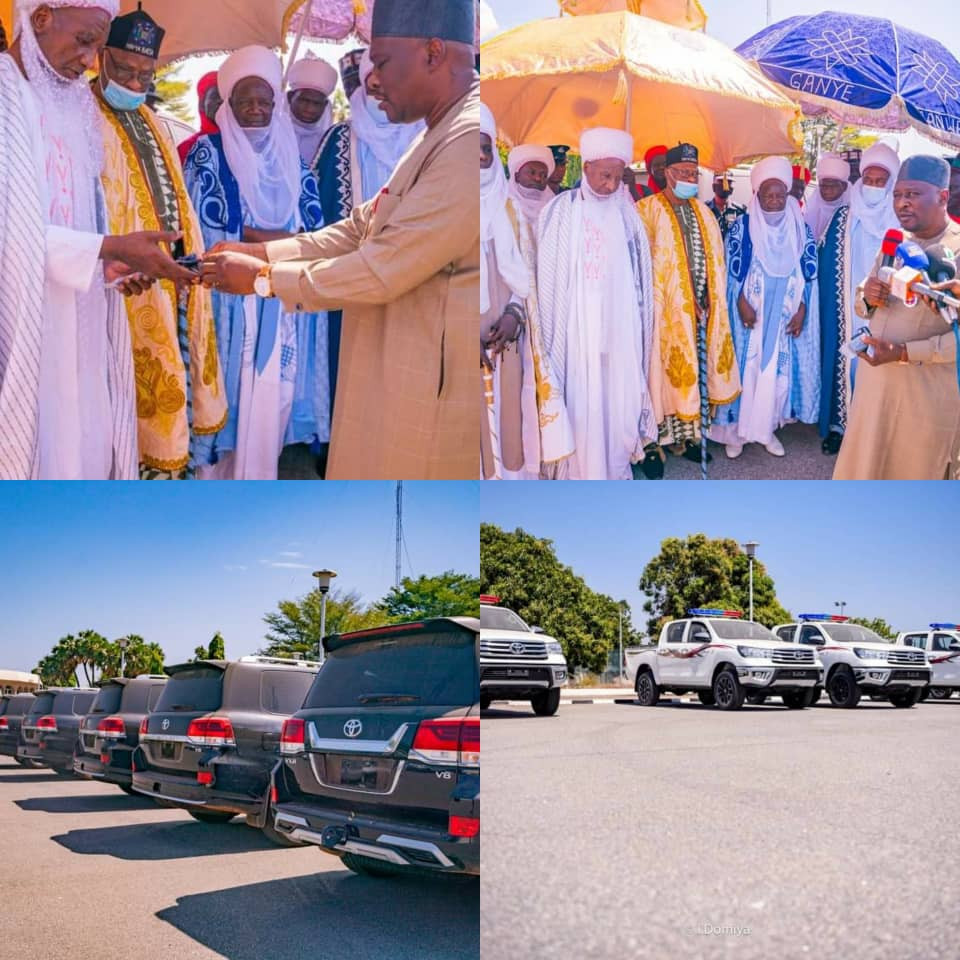 The Lamido of Adamawa, Muhammadu Barkindo, has stripped one of the chiefs, Umar Mustapha, of his title for criticizing Governor Ahmadu Fintiri who on December 1 splashed N200 million on cars for traditional rulers in the state.

Mustapha who until now held the traditional title of ‘Mukaddas Adamawa’ had in a statement berated the state governor for spending such money on traditional rulers when pensioners in the state haven’t been paid their pension.

I wonder why the gesture must be done now knowing the fact that the governor knows their need for vehicles long ago since coming into government.

The decision to get the exotic vehicles for the first class traditional rulers while pensioners are dying of hunger, battling to pay their children school fees is a gross insensitivity of the…