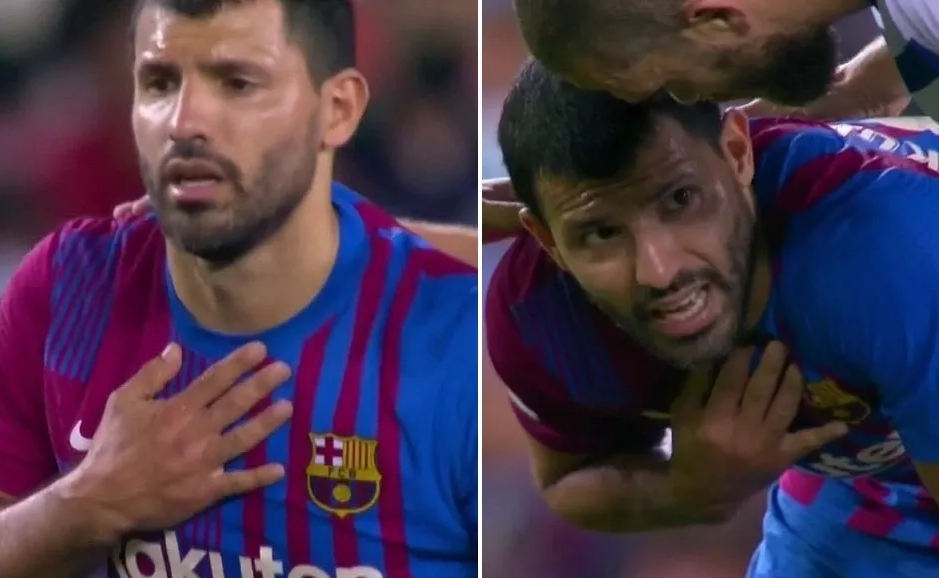 Former Manchester City striker, Sergio Aguero is set to announce his retirement from football in a ‘special ceremony on Wednesday’ after struggling with heart problems.

Aguero was diagnosed with cardiac arrhythmia after experiencing chest pains 41 minutes into his first start for Barcelona last month.

The striker was initially told to rest for three months but is now planning to step away from football permanently at just 33 years old, according to Marca.

Aguero joined Barcelona on a free transfer last summer from Manchester City and was making his first start for his new club against Alaves when he experienced chest pains.

The striker required on-pitch medical attention shortly before half-time having complained of dizziness.

Aguero went down to on the pitch with his hand placed on his chest. Barca’s medical staff then rushed on the pitch to assist the striker  who eventually got up and slowly walked off the pitch unaided.