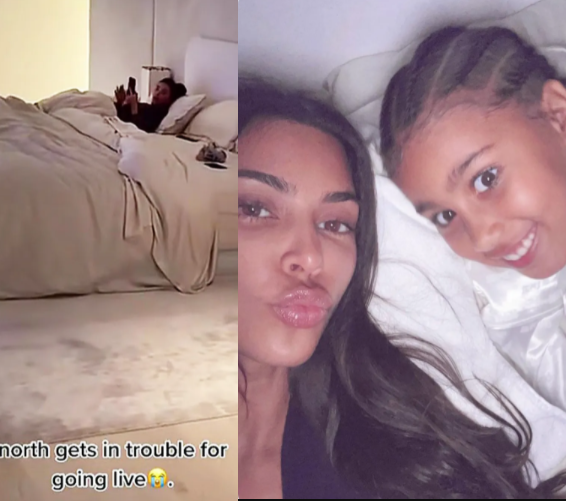 North West went live on TikTok to give a tour of her house without her mother, Kim Kardashian’s permission and she was told off by her mother when the reality star found out.

Kim and her daughter North launched a TikTok account towards the end of November.

Then, on Sunday, Dec 12, North went live on TikTok, giving fans a tour of their Southern California home before showing Kim laying in bed.

North begins the tour with her own bedroom. She takes her viewers on the tour while chatting to other children at the house, including her brothers and sister.

She then announces that she is going downstairs and they have rented this ‘Sing thing’, in a reference to decorations and arts and crafts all related to the new animated sequel film, Sing 2.

She ends the tour in her mother’s room where she shows the Skims founder laying in bed.

Shocked, Kim responds: “No stop, you know you’re not allowed too.”