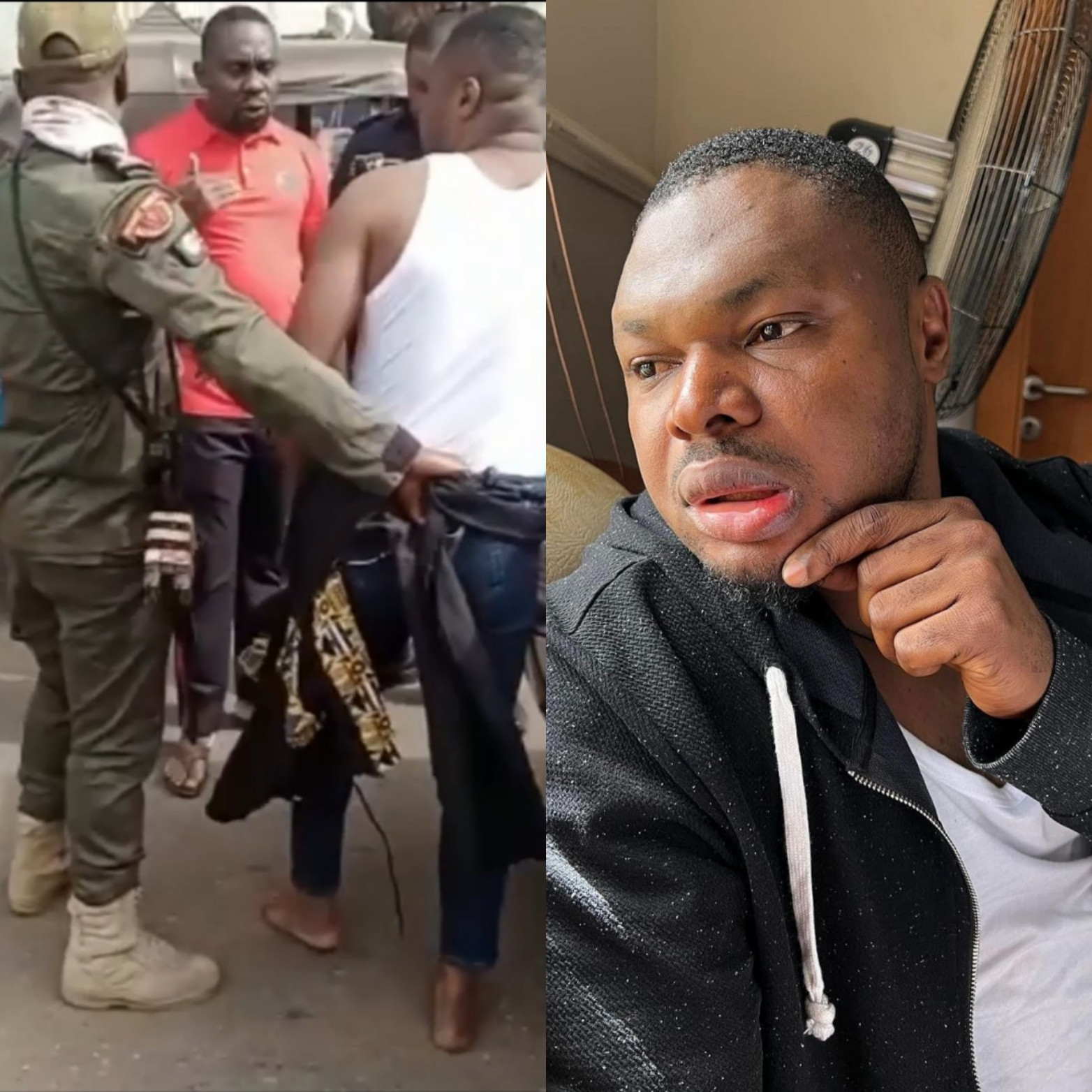 Human rights activist, Harrison Gwamishu has accused a police officer of assaulting him and trying to arrest him because he spoke up when he saw a street hawker allegedly being assaulted by officers.

He said he was driving along Okpanam Road in Asaba when he saw armed police officers assaulting a street hawker.

He said he pleaded with them to stop assaulting the hawker but one of the officers hit him  and started assaulting him.

He alleged that the officer also assaulted a young man filming the incident.

He said he took exception when they tried to arrest him, insisting they had no reason to do so.

He shared a video of the incident and thanked those who stood by him.