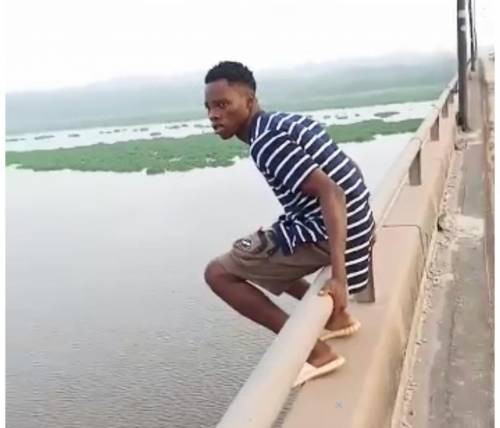 Amusa Rafiat, identified as the wife of Olalekan Odunare, a diploma holder who jumped into a lagoon at Epe in the Epe Local Government Area of Lagos State, says her husband had been suicidal for a long time and had spoken about his intention but no one took him seriously.

In a video shared online, Rafiat said her husband’s attitude had suddenly changed but everyone around him thought he was under the influence of hard drugs.

When asked if her husband takes hard drugs, she said he only used to take Arizona, a variant of marijuana.

She, however, said the late Olalekan had stopped taking the drug for some time before he committed suicide.

She said in the video: “My name is Amusa Rufiat from Oyo State but my parents reside here in Epe. My husband’s name is Abdulrahman Odunare Olamilekan.

“He had been speaking of it (suicide) even for some days but he was not monitored properly. If he was, the case would not have been as bad as this. No one took him seriously. They all…