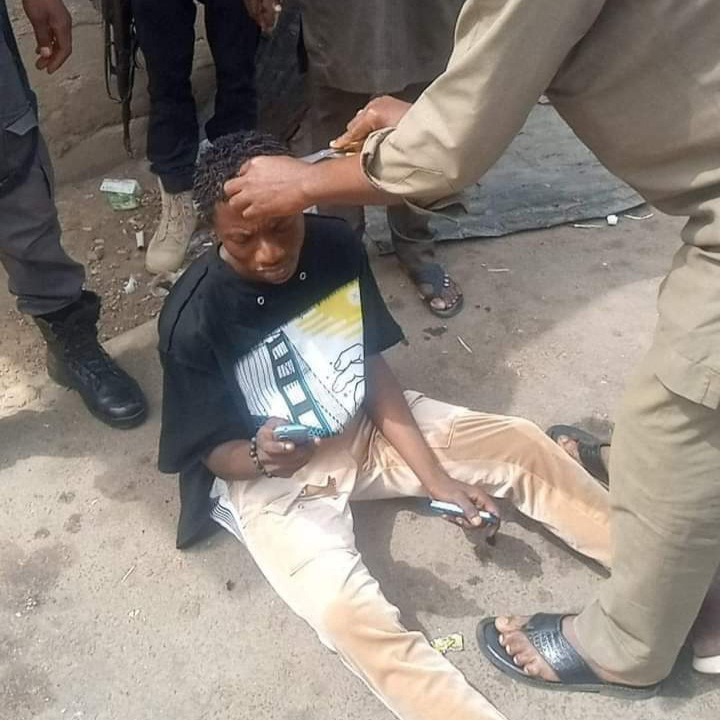 A photo that has angered Nigerians online shows Amoka using a pair of scissors to cut the young man’s hair after making him sit on the bare floor.

A police officer armed with a gun is seen keeping watch as Amoka cuts the man’s hair.