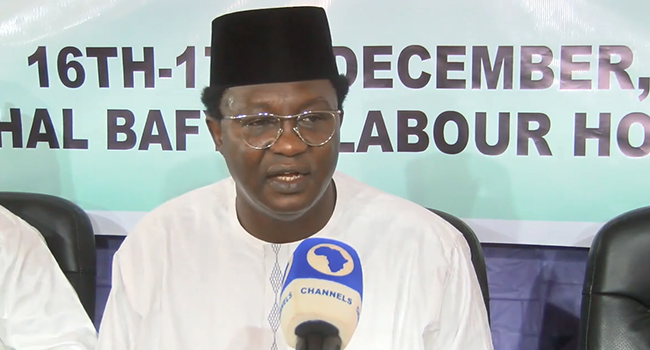 The Nigeria Labour Congress has called for an immediate reversal of the privatisation of the power sector.

NLC President, Mr. Ayuba Wabba made the call at the union’s National Executive Committee meeting in Abuja on Friday December 17, adding that its original purpose has been defeated.

“But all of us are aware that five years down the line, nothing has improved, and we have demanded that the privatisation of the power sector should absolutely be reversed because it has not actually provided any headway into addressing the challenge that was very evident before the privatisation process.”

The NLC also decried the delay in signing the electoral amendment bill into law, and further disclosed that…