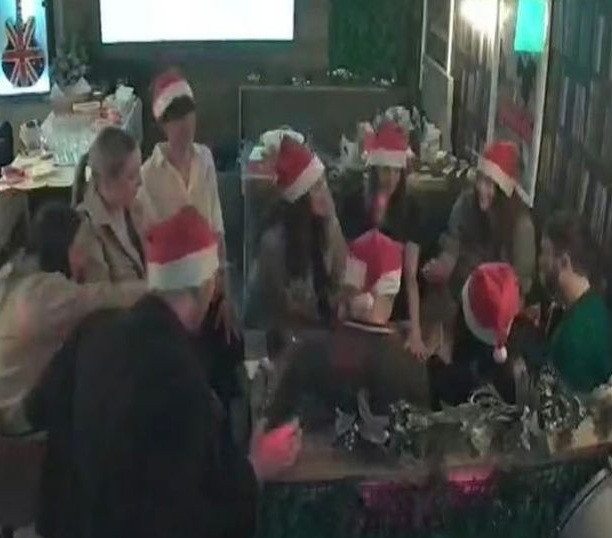 A bar owner found his employees having a secret Christmas party inside his venue without him after they forgot to switch off the CCTV.

Paul Gallagher, who owns the Definitely Maybe bar in Bolton with his brother, had logged on to the CCTV to make sure everything was running OK in his absence.

Through the camera, he saw 10 staff members were having a Christmas party without him, wearing Santa hats and drinking.

The 42-year-old busted his staff mid-celebrations and posted the photos on Facebook.

Paul told The Sun: “I often check the CCTV to keep an eye on things for everyone’s safety.

“I logged on to see them gathered with Santa hats on and tables decorated and presents everywhere and knew what was happening immediately.

“We were not invited. They knew with it being a Monday night the bar would be quiet so they just decided to have an impromptu staff party.”