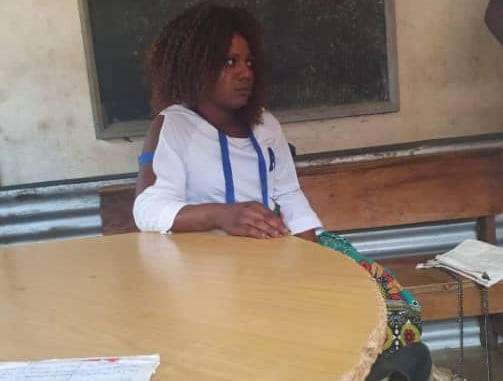 A court in Mangochi, Malawi on Thursday, sentenced a 27-year-old man to eight years in prison for having sex with fellow men.

The man identified Jonathan Gomani and commonly known as Yvonne was found guilty of having sexual intercourse against the order of nature contrary to Section 153(c) of the Penal Code.

Mangochi Senior Resident Magistrate’s Court through State Prosecutor, lnspector Amos Mwase heard that the convict who was born male but used to disguise himself as a woman, came to Mangochi early October and was trading as a commercial sex worker.

He manipulated fellow men with his feminine dressing and was being hooked as a prostitute. He then permitted them to have sexual intercourse against the order of the nature.

He was arrested by Mangochi Police detectives for robbing a 28-year old man of K120,000 cash and Samsung J2 in the room after the customer refused to pay because he discovered that Gomani was not a woman.