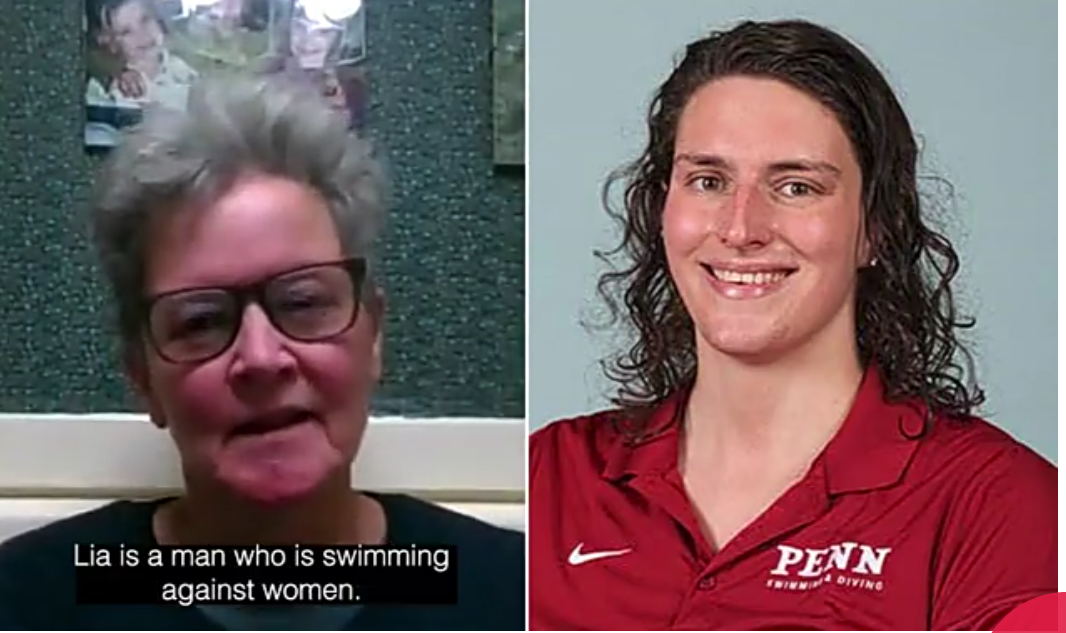 Lia Thomas, who was a three-year member of the men’s squad at Penn, joined the women’s team this year after she transitioned to a woman and completed the one year of testosterone suppression treatments, following NCAA guidelines.

Her addition to the women’s team has sparked outrage after she smashed records and qualified for the NCAA championships in March despite being an average swimmer when she competed against men.

In one race against women, she beat her teammate Anna Sofia Kalandadze in the 1,6500-yard freestyle by 38 seconds at the Zippy Invitational this month.

‘I don’t mean to be critical of Lia – whatever’s going on, Lia’s a child of God, a precious person – but bodies swim against bodies,’ said Cynthia Millen, who has officiated USA Swimming events for…