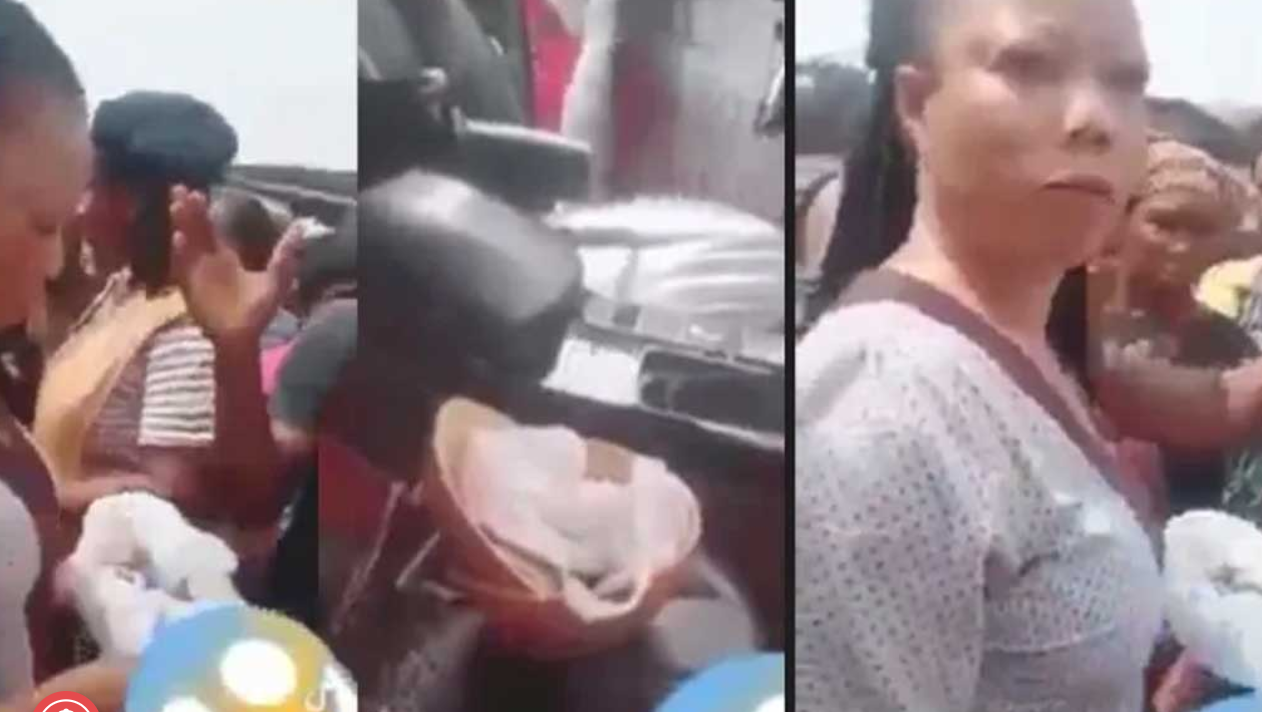 A yet-to-be identified woman got nearly lynched by an angry mob after she parked her car and began sharing  ‘strange’ meat to kids in a neighborhood in a calabash.

The woman who is said to be an unfamiliar face in the Ghanaian neighborhood, arrived in a luxurious car, before bringing out the calabash which had some meat in it.

Parents in the neighbourhood who saw their kids taking the meat from the woman, confronted her and this drew the attention of others who moved to the scene.

She was forced to eat the meat, before getting into her car and driving off. Watch the video below………………….