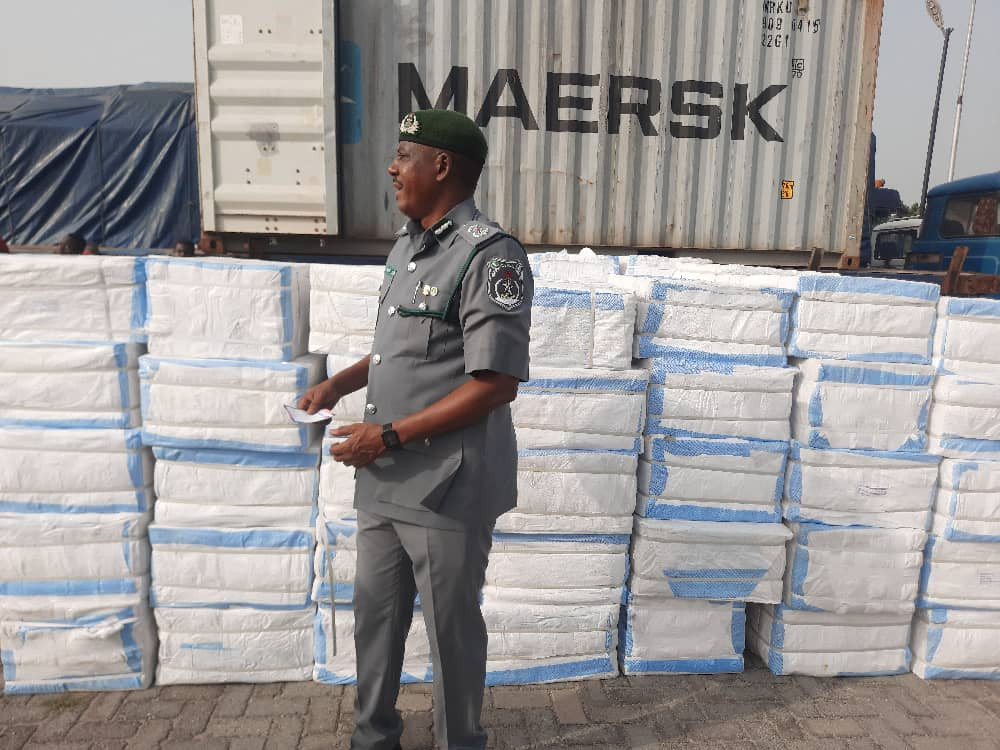 Nigeria Customs Service (NCS), Seme Command has said that it has intercepted some items suspected to be tramadol capsules concealed with packaged jumbo size adult diapers in a container.

The items which have a Duty Paid Value (DPV) of N1.4 billion, were concealed in a container with the number MRKU 9090415.

Hussain Abdulahi, Customs Public Relations Officer said the Area Controller, Bello Jibo revealed that the container was handed over to the Command on November 15 by the Republic of Benin Authorities under transit to Nigeria.

The container came under the watch of officers of the Command as no importer or his representative have come forward to continue the process of clearance procedure.

“On the Dec. 20, Seme Customs Service invited other security agencies and stakeholders to witness the examination of the said container.

“The items discovered during 100 per cent examination are 200 packages of adult diapers, 100 cartoons of Gabadol…