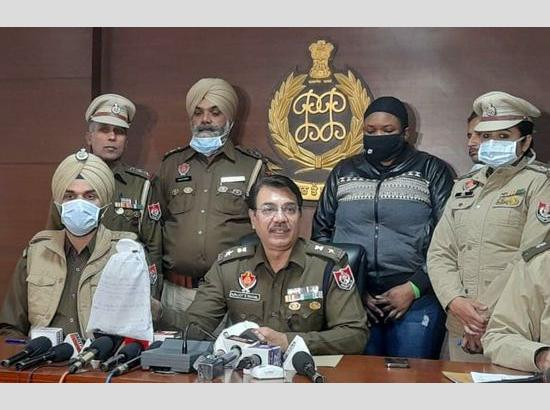 The Crime Investigation Agency (CIA) of Mohali police in Punjab has arrested a 28-year-old Nigerian woman for possessing one-kilogram heroin.

The accused identified as Faith, a resident of Vikas Nagar, New Delhi, was arrested on Thursday, January 13, in Mohali.

Mohali Senior Superintendent of Police (SSP) Navjot Singh Mahal said that the accused was nabbed by the CIA team following a tip-off that a Nigerian woman was planning to supply drugs to her customers in Phase 7 Mohali.

Acting on this information, the cops arrested her and on searching, 1 kg heroin was recovered from her possession.

“During the preliminary investigation, we found that she was into the drug peddling for a long time. She used to purchase the drug from Delhi and sell it to her customers here at higher prices. Through her remand, a thorough investigation can be done,” said the SSP.

A case has been registered against the accused woman under Sections 21, 61, and 85 of the NDPS Act at the…