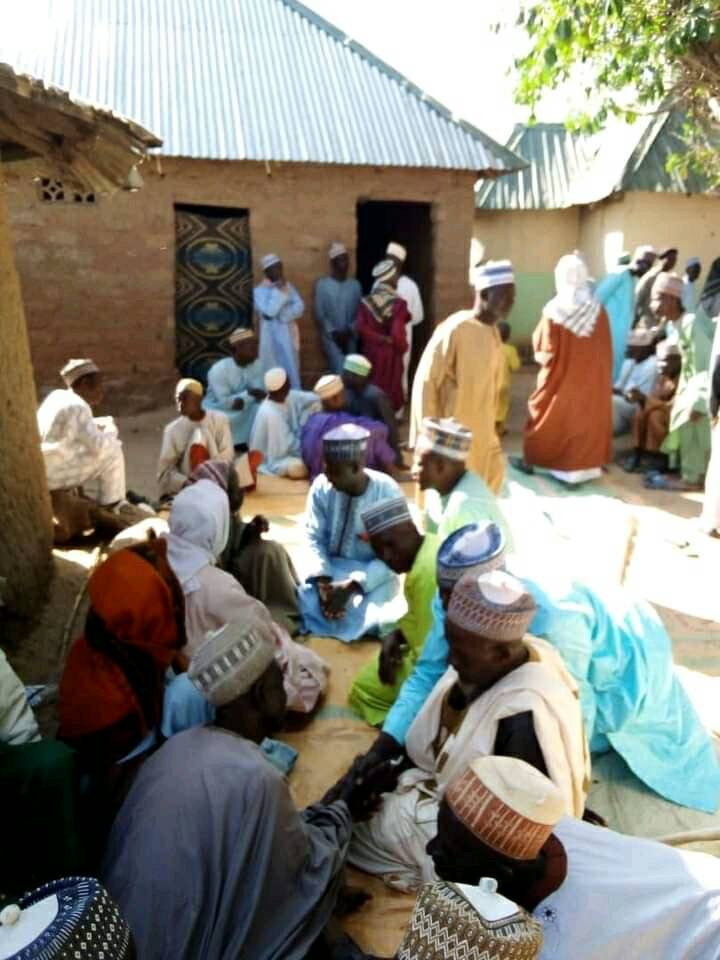 Photo from the burial of the four victims

Four people have been killed by terrorists who opened fire at a wedding ceremony in Diko village, Idasu district in Giwa Local Government Area of Kaduna state on Friday.

The State Commissioner of Internal Security and Home Affairs, Samuel Aruwan, confirmed the incident in a statement on Saturday, January 15.

Receiving the reports, Governor Nasir El-Rufa’i expressed his grief at the incidents and condemned the brutal attacks by the terrorists.

He sent his heartfelt condolences to the families of the victims, as he prayed for the repose of their souls.

Monitoring of the general area continues.