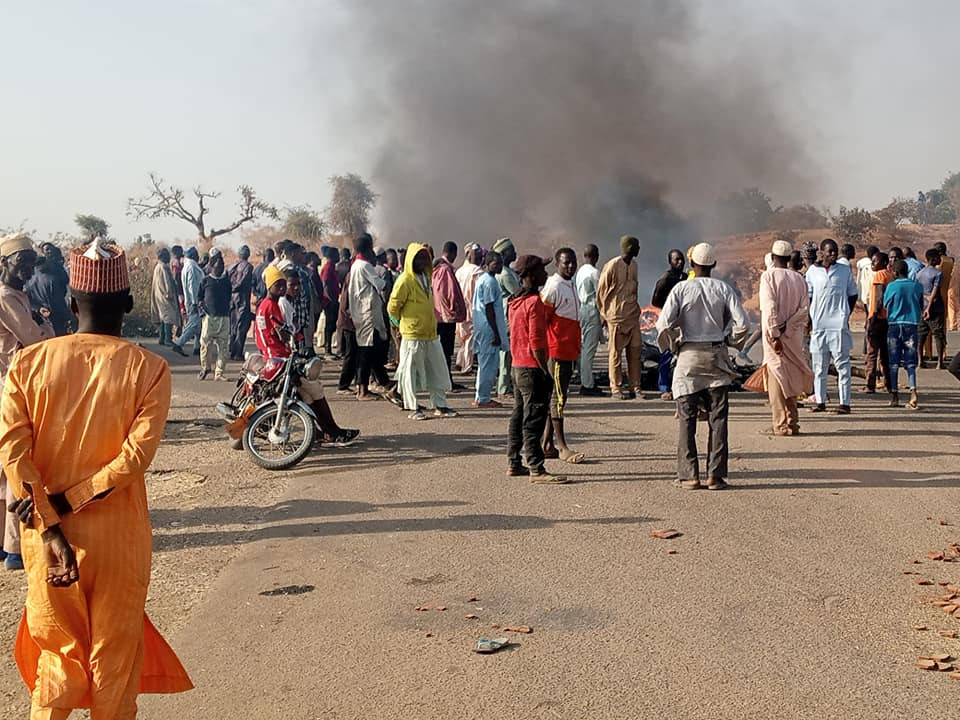 A trigger happy police officer has shot a tanker driver over a disagreement at a checkpoint along Darazo-Dukku-Gombe road.

It was gathered that the police inspector identified as Urbanus Ishaku allegedly shot the driver, Abdullahi Bello when he refused to come down from his lorry at Hashidu junction on Monday morning, January 17.

Other lorry and tanker drivers blocked the road where the incident happened in protest against the action of the policeman.

The Gombe State Commissioner of Police, Ishola Babaitan, who confirmed the incident in a statement issued by spokesperson of the command, SP Obed Mary Malum, said the victim was rushed to FTH Gombe where he is currently receiving treatment.

The CP noted that the Inspector has since been arrested.

He also assured that any reckless policeman that violates the norms of the Force will be dealt with according to the laws of the land.

“The Gombe State Police Command under the able leadership of CP Ishola B….