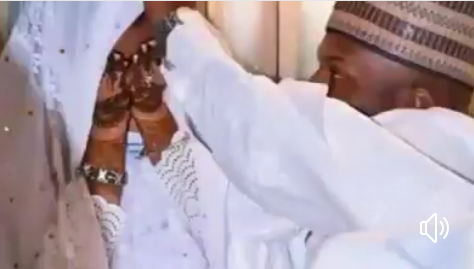 A Nigerian man has reportedly married his househelp because his wife ‘frequently travels of the country and hardly has time to take care of him and their children.’

According to the Special Adviser to Kogi State Governor, Amb Ahmed Umar Bolori, the wife is threatening fire and brimstone over the marriage but the man insists he did nothing wrong as Islam permits more than one wife.

“For those who do not understand Hausa. This is the story of a man who married his house girl as 2nd wife because his wife is a busy businesswoman who frequently travels out of the country. She hardly has time for her husband or their six children. Now she’s insisting that he send the new wife (ex-housegirl) away or she’ll deal with him. The man and his new wife insist that it’s legally/islamically ok and they are happily married and deeply in love. They will not be separated, regardless of the circumstances.” he wrote.

Listen to the woman in the audio below…