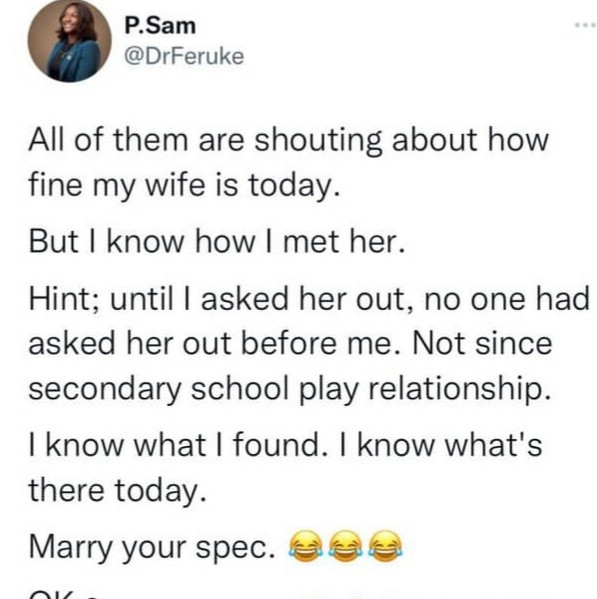 A pastor has been dragged mercilessly after taking to Twitter to say that his wife was not sought after by men when he met her.

Pastor Sam told Twitter users that he was the first man to ask his wife out. He said she was not a “spec” at the time and she used to feel bad when men ask her friends out but don’t ask her out.

He said that in spite of that, he saw what she could be so he married her, and people are now “shouting about how fine his wife is today”.

He said this while advising men to look beyond physical looks when choosing a wife.

However, his tweet did not go down well with people.

Many called him out for posting such on his wife’s birthday. Others accused him of trying to bring her down because many people were complimenting her beauty since it’s her birthday.

Some who knew the wife in university shared her photo and insisted she was always beautiful.

The wife even replied to the thread, telling her husband that she was always a “spec” but he…