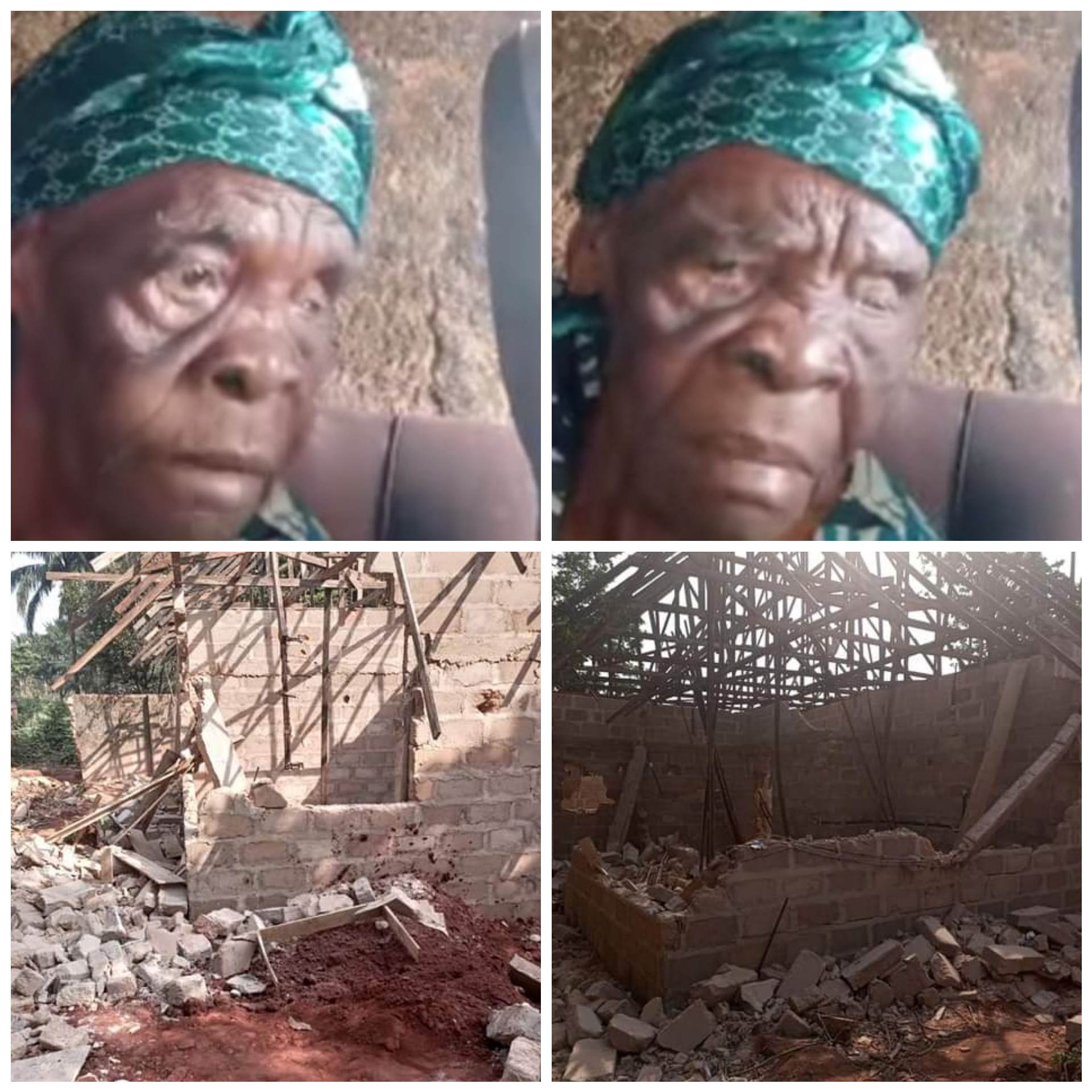 Anambra State Commissioner for Social Welfare, Children and Women Affairs, Lady Ndidi Mezue has visited a 98-year-old widow, Mrs Veronica Mgbokwa Nwafor, whose house was pulled down by her stepsons and their accomplices in Imeohia, Ururo, Umunze, in Orumba South Local Government Area of the state.

The visit to Nwafor’s family on Friday, followed a directive by the state government to immediately intervene in the issue, to ascertain the reasons for such heinous action and seek timely solution.

Just over a week ago, social media was awash with photos of a broken down house which had gone as far as roofing stage.

Other footages showed the old woman wailing in grief while concerned relatives and friends were trying to console her.

The reported stories accompanying the…