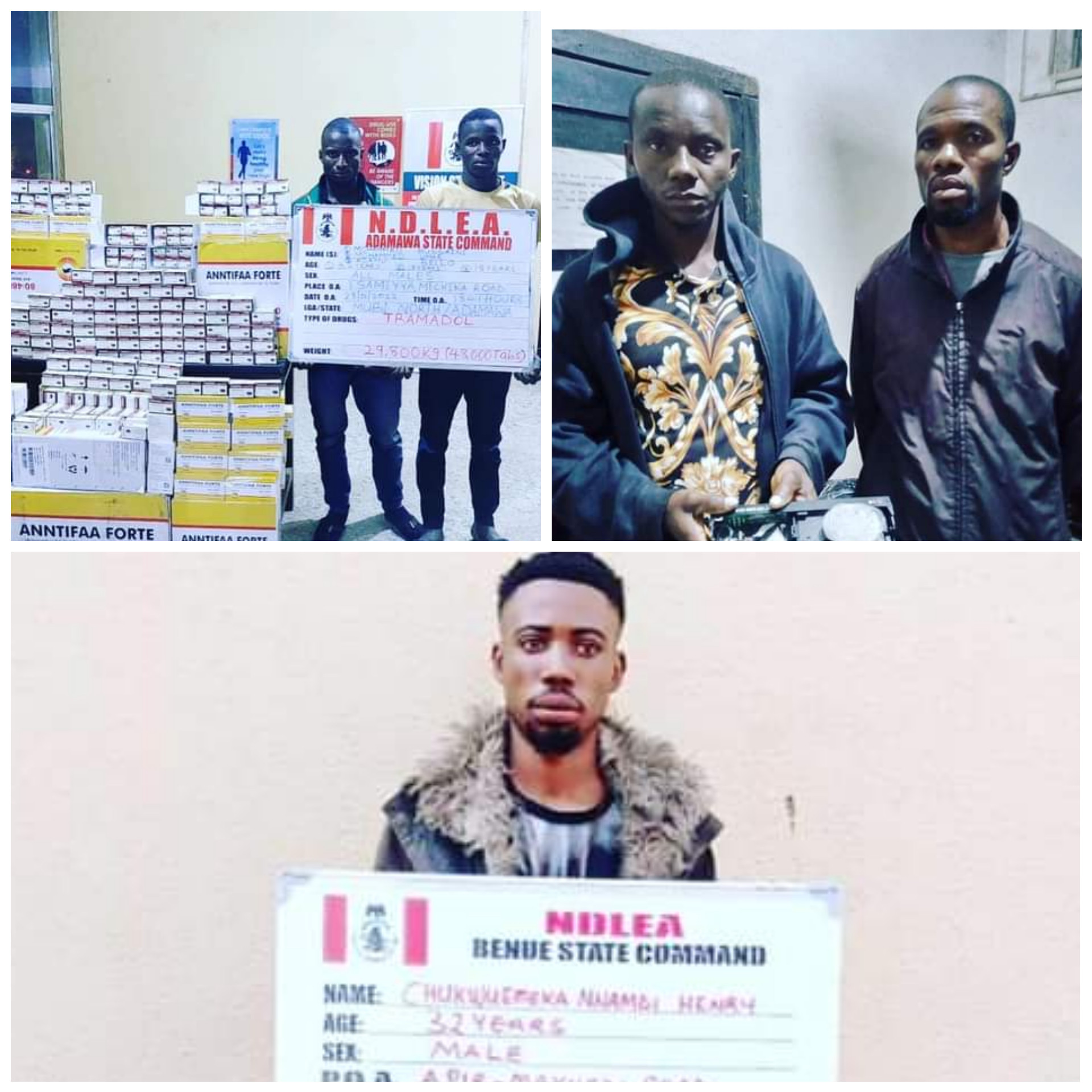 Three trans-border drug traffickers have been arrested by operatives of the National Drug Law Enforcement Agency, NDLEA, while trying to smuggle 48,000 tablets of 225mg Tramadol through Mubi, Adamawa state to Cameroon Republic, just as over 1,500 kilograms of imported Loud and other illicit substances have been intercepted in raids across Lagos and Edo states.

Director, Media & Advocacy of the agency, Femi Babafemi, in a statement on Sunday January 30, said that the suspects: Mohammed Hussaini, 32; Adamu Bella, 18, and Mohammed Umar, 18, were arrested at Tsamiya Junction, Madanya Road, Mubi, Mubi North LGA, Adamawa State on Friday 28th January, with the exhibits concealed in the packets of another drug.

When interviewed, they claimed the drugs were being taken to Bagira town along Nigeria-Cameroon border to be delivered to some Cameroonians for onward delivery to Maroa in Cameroon.