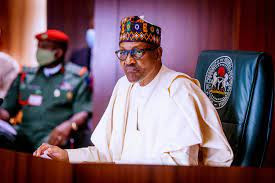 President Buhari has assured Nigerians, particularly residents of the North-East, of his administration’s commitment to ensure peace is restored in the area in the coming months.

The President made the pledge while speaking at the inauguration of the Presidential Committee on the Repatriation, Return, and Resettlement of Internally Displaced Persons in the North-East of Nigeria, which preceded the weekly Federal Executive Council meeting on Wednesday, February 2.

The President said his administration was working on a revised approach to addressing the 13-year insurgency in the region and would not relent in efforts towards a return to peace and normalcy in the North East and return it to the path of development and growth.

The President’s promise was contained in a statement titled, ‘IN COMING MONTHS, YOU WILL WITNESS MASSIVE SHIFT FROM INSURGENCY TO PEACE, STABILITY, PRESIDENT BUHARI TELLS NIGERIANS IN THE NORTH EAST’, and signed by his Special Adviser on Media…