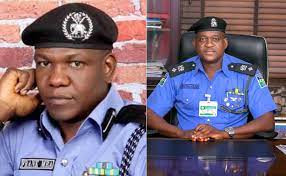 This was disclosed in a statement issued by Benjamin Hundeyin, administrative officer, FPRO department on Saturday, February 12.

According to the statement, Adejobi takes over from Frank Mba, who was nominated by the inspector-general of police for a senior executive course at the National Institute for Policy and Strategic Studies (NIPSS), Kuru, Jos.

”Olumuyiwa Adejobi, a Chief Superintendent of Police, is an alumnus of the prestigious University of Ibadan where he studied Archeology and Geography (Combined Honours),” the statement reads.

He also holds a Master’s Degree in Peace and Conflict Studies from the same University. He was the Police Public Relations Officer (PPRO) in the Ogun State Command from 2008-2016; PPRO Zone 2 Headquarters, Onikan, Lagos, in 2016, and PPRO Lagos State Police Command between September…