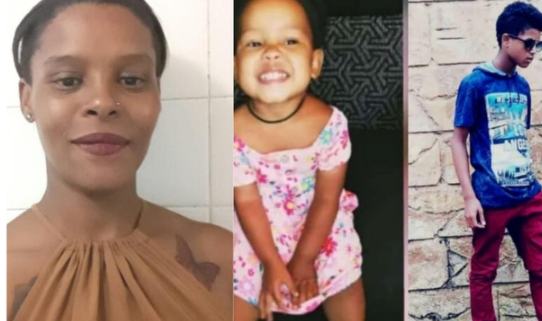 A 38-year-old woman, Charlene Naicker survived a brutal shooting by unknown gunmen which claimed the lives of her two children in Durban, South Africa.

The incident occurred at the family’s home in Welbedacht East, Chatsworth as mother and her six children prepared for supper last Friday.

This, however, was cut short as armed assailants opened fire on two-year-old Chalyn Faith Naicker, 14-year-old Ainslee Luke Naicker, and their mother.

Charlene who is currently in critical condition in the Intensive Care Unit at a hospital does not know her youngest daughter and son, died following the shooting.

Chazlyn, who was shot three times in the chest and once in the head, died en route to the hospital.

Ainzlee, a Grade 7 pupil at the Durban School for the Hearing Impaired, was shot in the neck, head and hand. He died in hospital on Saturday morning.

Her three other children were not injured, and her husband and eldest son were not at home at the…