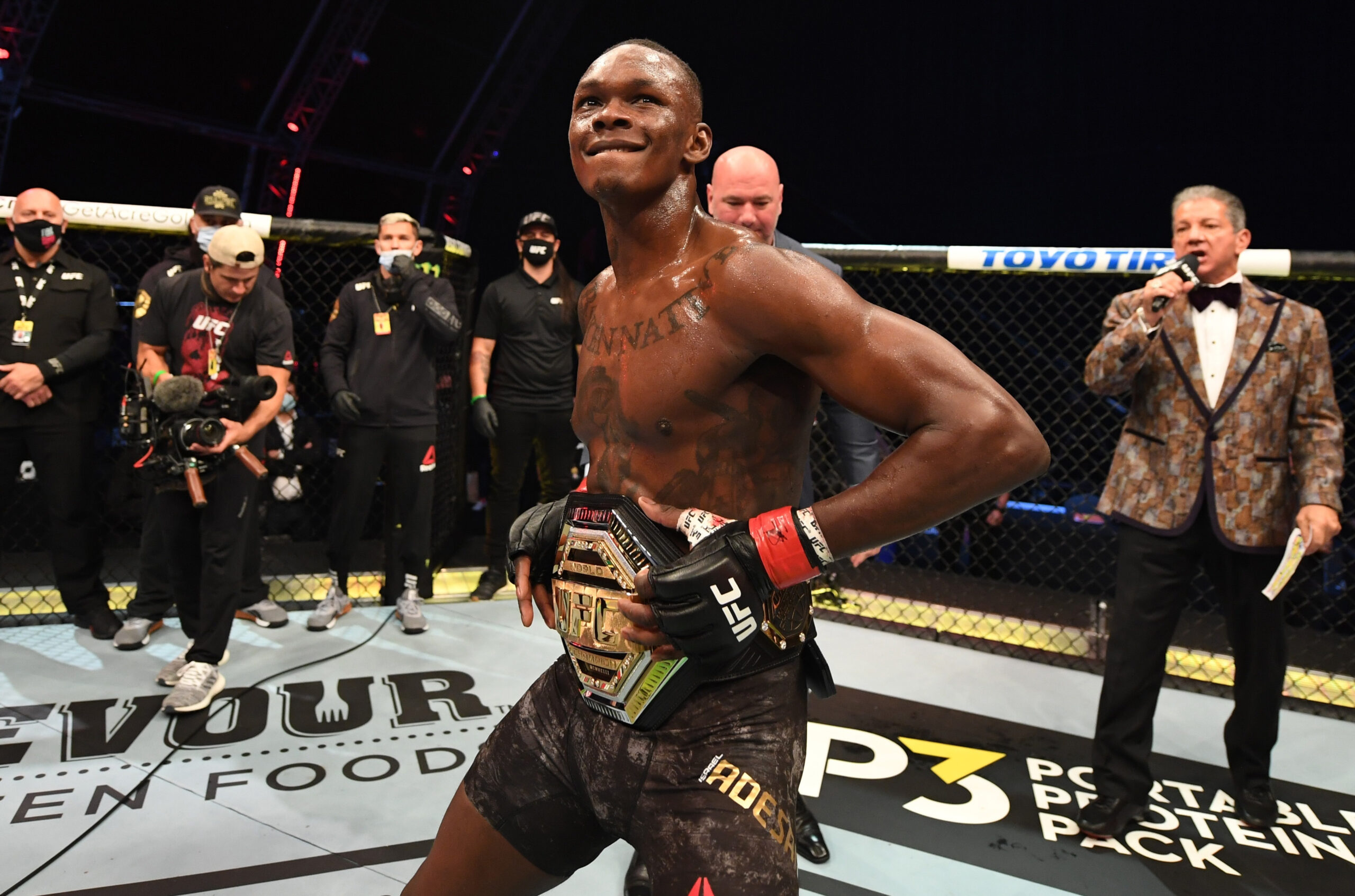 Nigerian- New Zealander mixed martial artist, Israel Adesanya has moved up to No 2 in the UFC men’s pound-for-pound rankings following his win over Robert Whittaker.

‘Stylebender’ put on a striking masterclass to win a unanimous decision over his rival at UFC 271 over the weekend. He overtakes featherweight champion Alexander Volkanovski, who slips back down to third but could move back up if he beats Chan Sung Jung on April 9.

Kamaru Usman remains in the top spot but the Nigerian allegiance between the welterweight king and Adesanya means they are unlikely to fight.

Usman’s manager Ali Abdelaziz has talked up the chances of them facing off but both men who are good friends have distanced themselves from the clash.

Adesanya remains undefeated at middleweight and his only defeat came when moving to light-heavyweight for a shot at then-champion Jan Blachowicz.

SEE THE UFC MEN’S POUND FOR POUND LIST BELOW;