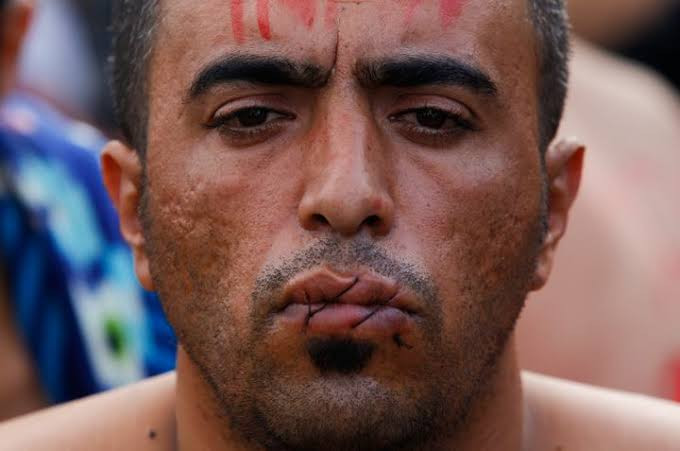 Some undocumented migrants on Mexico’s southern border sewed their mouths shut on Tuesday, February 15 in a bid to convince Mexico’s immigration authority to grant them passage toward the U.S. border.

The migrants, mostly Central and South Americans, helped each other seal their lips using needles and plastic threads, leaving a small space to consume liquids and using alcohol to wipe away drops of blood from the stitches, photos show .

“The migrants are sewing their lips together as a sign of protest,” said Irineo Mujica, an activist at the demonstration.

Mexico’s migration agency (INM) said in a public statement that “it is worrying that these measures have been carried out with the consent and support of those who call themselves their representatives, with the intention of pressuring authorities on an attention already provided.”