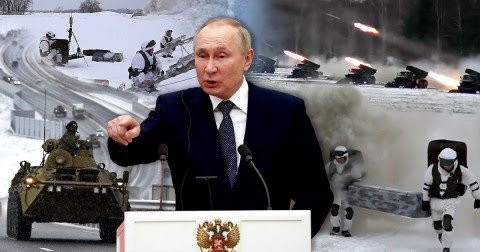 Russia’s president, Vladimir Putin has said Russia does not want war in Europe, but that his security concerns must be addressed and taken seriously by western nations.

Putin’s comments come as the Russian military announced on Tuesday, February 15, that some troops were withdrawing from the border near Ukraine – the first sign from Moscow of a possible de-escalation of tensions.

Russia’s sudden military build-up of 130,000 troops on Ukraine’s border prompted fears it would invade Ukraine although Putin has always denied he is planning an incursion.

Russia has deep cultural and historic ties with Ukraine, which is a former Soviet republic and Putin has asked the West to assure him that Ukraine will not join the Western NATO military alliance because he sees any expansion the alliance as a threat to Russia.

Speaking in Moscow on Tuesday after a four-hour meeting with Germany’s Chancellor, Olaf Scholz, is the latest Western leader to visit the region to try to de-escalate…