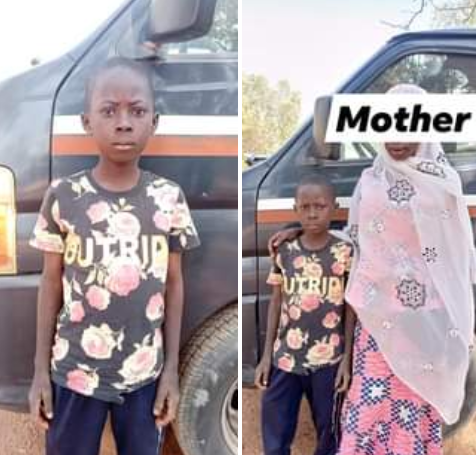 Spokespesperson of the command, CSC Adamu Shehu, who disclosed this in a statement said that mother and son were reunited on Thursday, March 3.

“The mother (Aisha Hassan), lodged a complaint at the State Command on 17th February, 2022 that her ex-husband, Malam Musa Mamuda took her child to Niger Republic, alleging that he was trafficked after their divorce,” the statement reads.

“Upon receiving the complaint, the father Musa Mamuda was invited by the Peace and Conflict Management Unit of the Command. Investigation revealed that the the ex-husband went away with the embattled child and kept him in the custody of his maternal aunt.