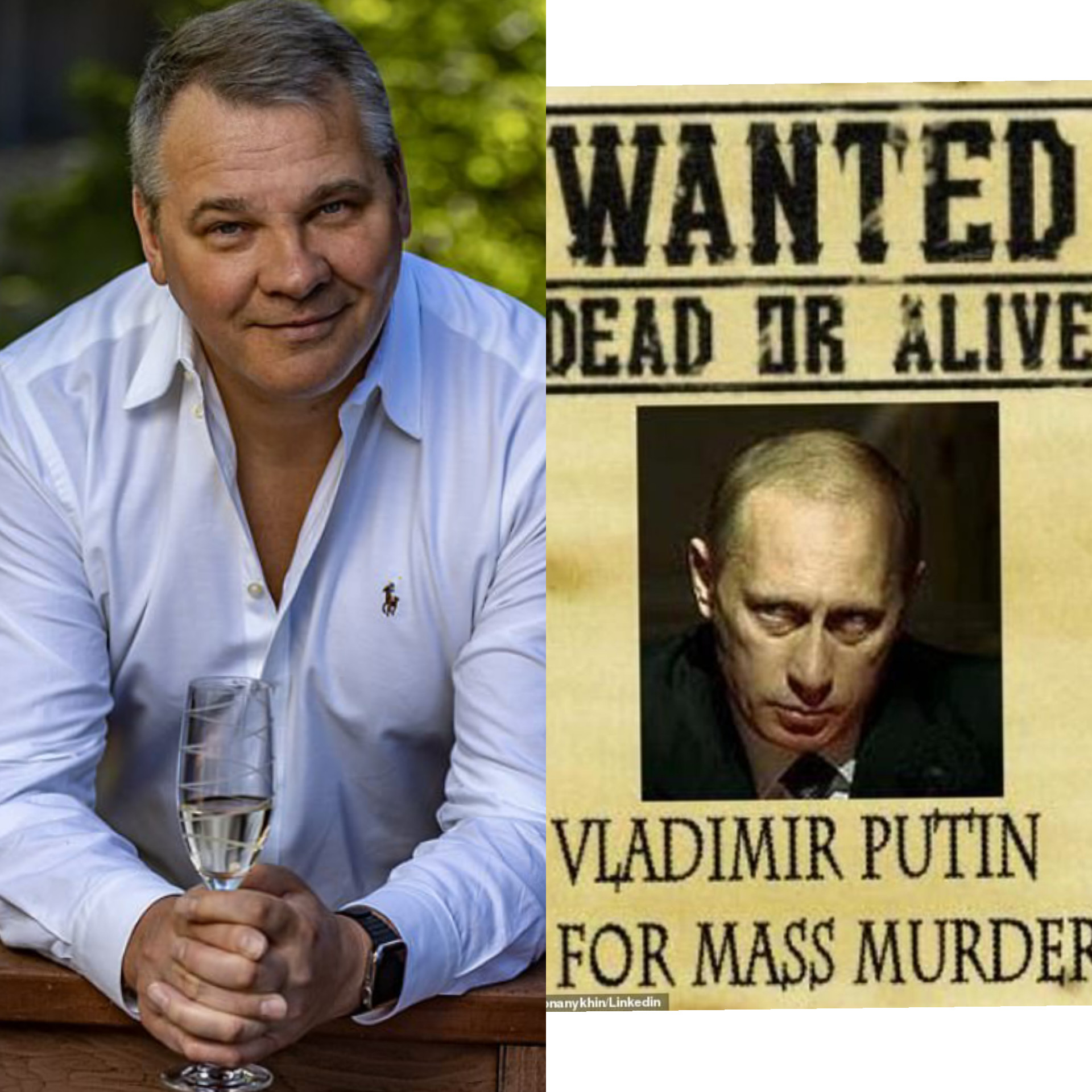 A Russian Billionaire businessman has offered a $1 million bounty for Vladimir Putin’s capture dead or alive.

In separate Facebook and LinkedIn posts, Alex Konanykhin said that he would pay the money for the ‘arrest of Putin as a war criminal under international laws’ over his invasion of Ukraine.

Konanykhin claimed that Putin is not the President of Russia because he ‘murdered his opponents’.

The post included a mocked up poster which read: ‘Wanted: Dead or Alive. Vladimir Putin. For Mass Murder’.

The post was banned by Facebook after it went viral, Konanykhin then did another post insisting he was not asking for people to kill Putin and wanted him ‘brought to justice’.

He said: ‘Some reports suggest that I promised to pay for the assassination of Putin. It is NOT correct. While such an outcome would be cheered by millions of people around the world, I believe that Putin must be brought to justice’.