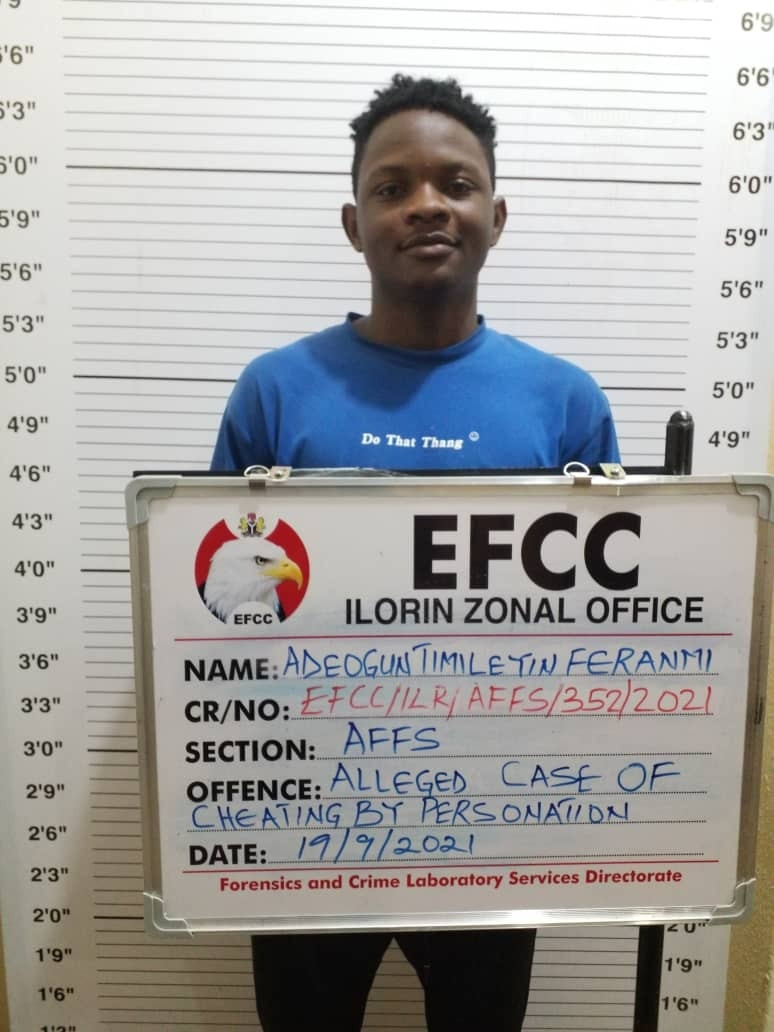 A 21-year-old internet fraudster, Adeogun Timileyin Feranmi has been convicted and sentenced to six months imprisonment for offences bordering on internet related scam and impersonation.

Adeogun, who hails from Abule-Egba, Abeokuta in Odeda Local Government Area of Ogun State, was arraigned by the Ilorin Zonal Command of the EFCC, on one count charge before Justice Adenike Akinpelu of the Kwara State High Court sitting in Ilorin.

Feranmi was among the thirty internet fraud suspects arrested during a sting operation by operatives of the EFCC on September 19, 2021 at Malete, Moro Local Government Area of Kwara State following intelligence reports over their alleged involvements in internet fraud related offences.

The charge sheet read: “That you, Adeogun Timileyin Feranmi on or about the 20th day of October 2019 in Ilorin, Kwara State within the jurisdiction of this Honourable Court did cheat by personation when you pretended to be one Hannah Sanabria via your gmail…