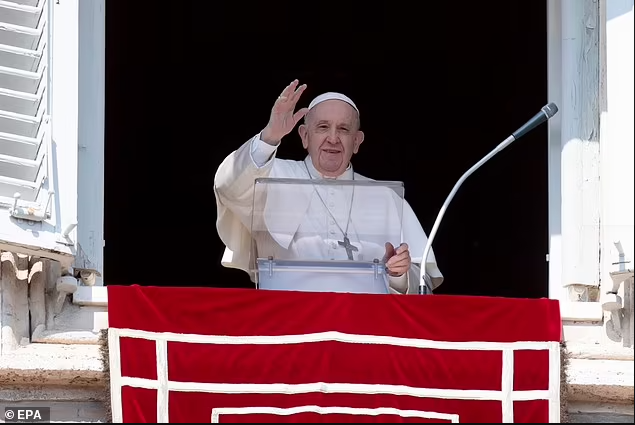 Pope Francis has said that the Russian invasion of Ukraine is ‘not a military operation, but a war’ while criticizing President Vladimir Putin.

During his Angelus address to the world, the head of the Catholic Church led this Sunday’s prayer at the Vatican with the Russian invasion of Ukraine as his point of focus, making calls to stop the war and to allow humanitarian corridors to keep people safe.

In his address, the Pope said: ‘Rivers of blood and tears are flowing in Ukraine. This is not just a military operation but a war which is sowing death, destruction and misery.’

In a prayer said for the first Sunday of Lent, Pope Francis spoke at the Vatican in the Apostolic Palace overlooking St. Peter’s Square in Vatican City, facing thousands of people, with many holding Ukrainian flags or placards with messages of solidarity with the country under attack.

He said of the conflict: ‘True happiness and freedom do not lie in possessing, but in sharing, not taking…