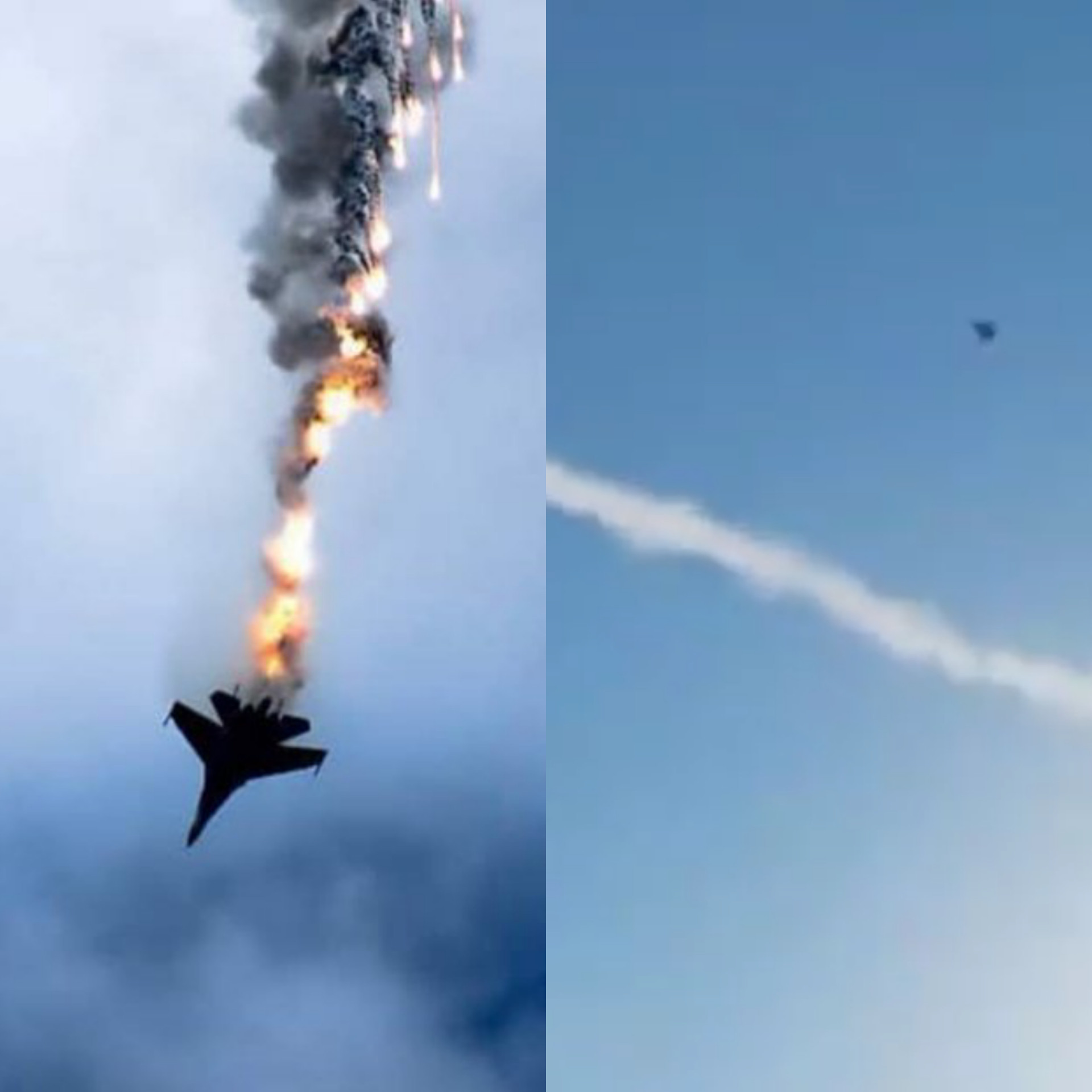 Footage has emerged of the moment alleged Russian jets were shot down over Ukraine’s second largest city Kharkiv.

According to the regional governor of Kharkiv, Oleg Synegubov, the Russian Su-25 fighter was destroyed by Kharkiv’s Air Defence Forces.

The Kyiv Independent said the planes erupted into a huge fireball as it was struck by two surface-to-air missiles (SAM) over Kharkiv’s city centre, before the twisted remains tumbled out of the sky and exploded again upon impact with the ground.

Ukrainian soldiers can be heard cheering at the sight of their occupiers’ burning aircraft streaking falling out of the sky, as the nation’s armed forces continue to put up a bitter fight against the Russian onslaught.

Synegubov said the plane was part of a squadron of between five and seven aircraft which have been conducting regular bombing runs over Ukraine’s second city.