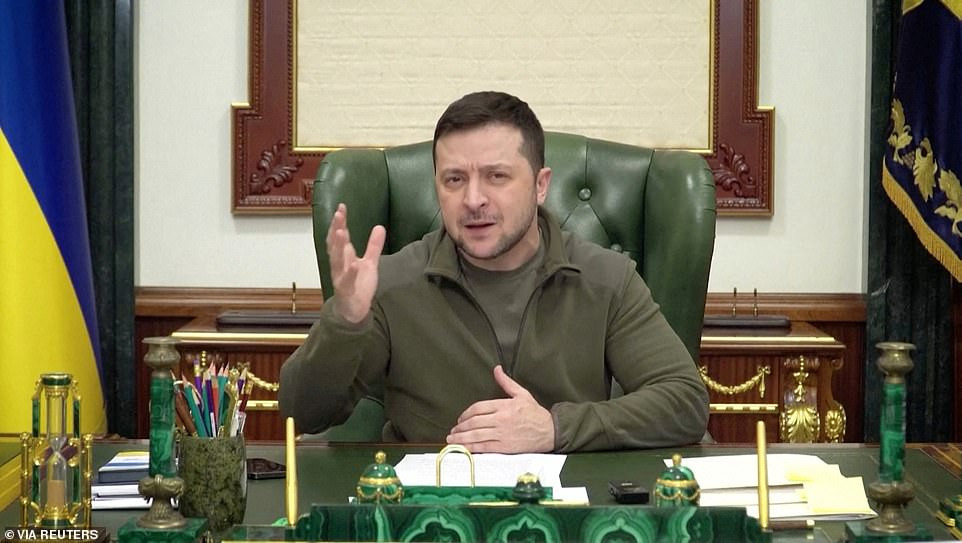 Volodymyr Zelensky, the president of Ukraine, has publicly returned to the presidential palace in Kyiv the first time he has revealed his location since the invasion by Russia .

Since February 24, the location of Zelensky has been a tightly kept secret  and he has revealed he is the number one assassination target of the Russia regime.

Speaking to ABC news on Monday night, March 7, Zelensky, 44, warned the West that Vladimir Putin’s invasion of Ukraine was just the beginning, saying he wasn’t afraid hence he returned to the presidential palace.

He warned the West that Vladimir Putin will not stop once he has conquered Ukraine, telling a U.S. television channel: ‘We will come first. You will come second. Because the more this beast will eat, he wants more, more, and more.’

‘The more this beast will eats, he wants more, more, and more’

Zelensky, described Ukraine as a ‘zone of freedom’ that needed to be preserved.

‘And when the limits of rights and freedoms are being…