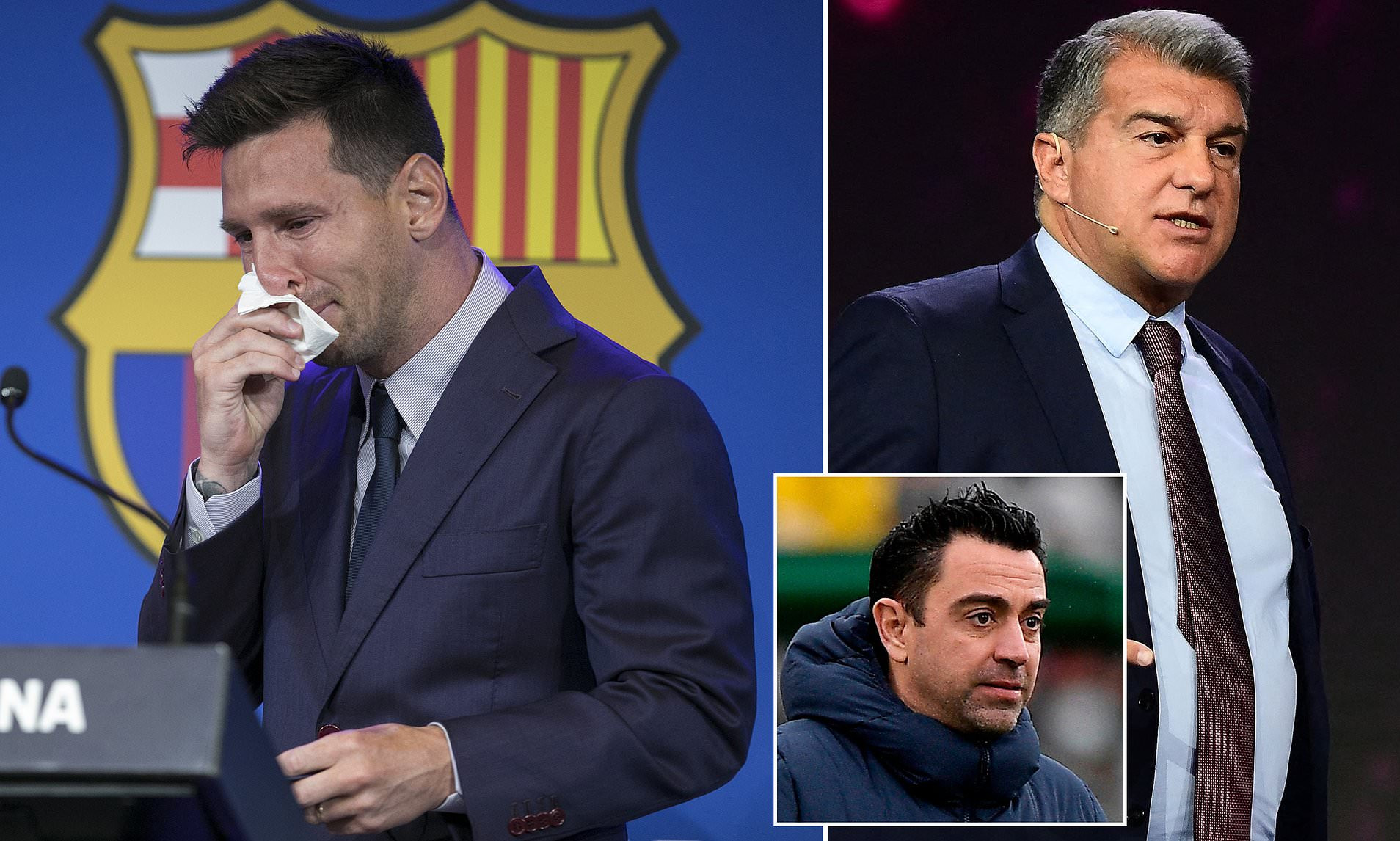 Barcelona president, Joan Laporta has insisted that he is ‘not sorry’ about his bombshell decision to allow Lionel Messi to leave the club last summer.

The superstar footballer was forced to bid an emotional farewell to his boyhood club after their financial crisis left him unable to sign a contract extension, and he later joined Paris Saint-Germain on a free transfer.

However, Laporta has now revealed he does not regret his choice, despite labelling it the ‘saddest decision of all’, and says it was born of his desire to put the club first.  He also heaped praise on Xavi, predicting the manager will bring ‘many joys’ to the Nou Camp.

‘It was painful,’ he admitted in an interview with Barca TV, via Mundo Deportivo.

‘If I take stock, it is the saddest decision of all and I would never have wanted to make it, but I am not sorry either because I wanted to put the institution ahead of everything, even ahead of coaches and the best player in history.