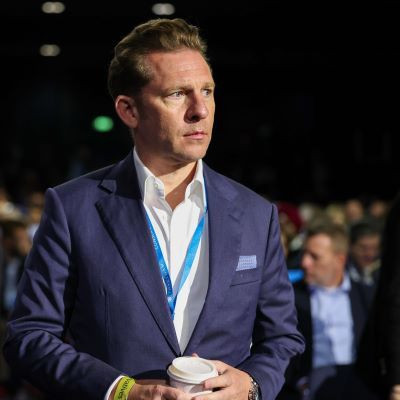 British property developer, Nick Candy is working on a £2.5billion bid for Chelsea, which includes plans for a £1.5bn rebuild of Stamford Bridge, to be submitted by the end of the week.

The 49-year-old Chelsea fan is talking to a number of American investors about forming a consortium to launch a formal bid for the club.

Candy and his potential partners are understood to value the club some way short of Roman Abramovich’s £3bn price tag.  But a bid of £2.5bn would be regarded as credible in the circumstances, as the Russian looks for a quick sale given he faces being sanctioned by the Government as soon as next week.

The American billionaires who have been linked with a bid for Chelsea include Chicago Cubs chairman Thomas Ricketts, New York Jets owner Woody Johnson and Crystal Palace shareholder Josh Harris.

‘Nick Candy is actively exploring a number of options for a potential bid for Chelsea Football Club,’ a spokesperson for Candy confirmed to Sportsmail….