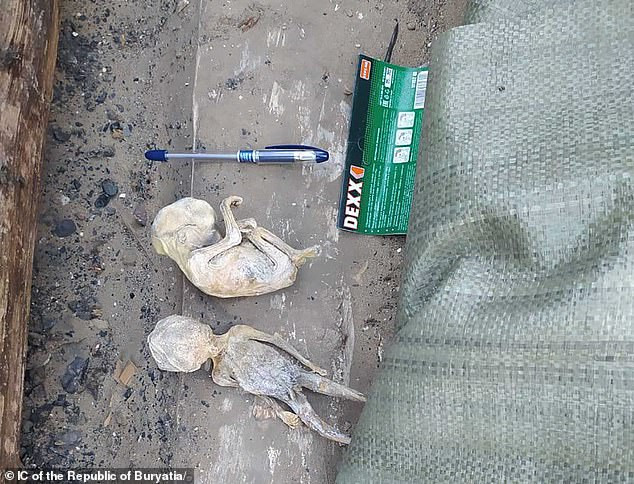 Mummified remains of premature babies dating back more than 100 years have been found by workers who were renovating a former orphanage in Russia.

Shocked workers renovating a former orphanage and medical training institution in Ulan-Ude, southern Russia came across the mummified human remains which have been there since the 1870s.

The macabre relics were discovered in the attic of the former orphanage and medical training institution in Ulan-Ude, southern Russia, and date back to the late tsarist and early communist era.

‘At first, the men mistook the find for mannequins,’ said a local news agency report.

The Russian Investigative Committee confirmed the report and said its experts believed the remains were embryos dating from the late 19th or early 20th century.

A source of the Russian Investigative committee said: ‘It is possible that the embryos found were laboratory specimens and used as a teaching aid.

‘During examination by a forensic medical expert,…