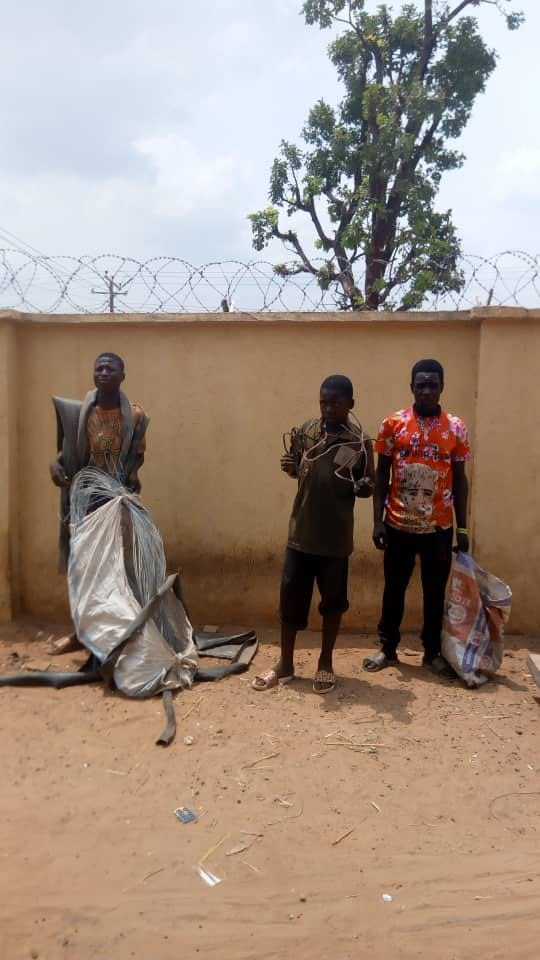 Three scavengers have been arrested for allegedly vandalizing a transformer at Anguwar Sabon-Tasha in Abaji metropolis of Abuja.

A resident of the area, Shuaibu Musa, who spoke to Daily Trust on Monday, said the incident happened at CAC Church along Agnana Road around 6:12pm on Friday, March 11.

According to Musa, the suspects used knives and pliers to cut the cables and then moved them into an uncompleted building in the area.

“It was one of the residents who discovered that the cables were vandalized and immediately raised an alarm and the police were alerted,” he said.

“The police traced the cables and discovered them at a scavengers’ shop from where three of the suspects were apprehended,”

He said the three suspects are currently being detained at the Abaji police command in the area.

A police source, who preferred anonymity, confirmed the arrest of the scavengers, saying the Abaji branch manager of Abuja Electricity Distribution Company…