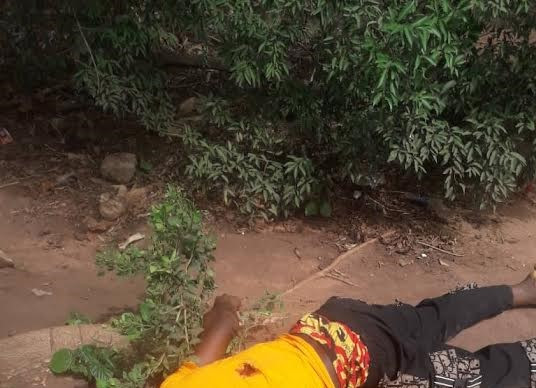 The land dispute between the Ogwashi Uku community in Aniocha south council area and its neighbour, Ibusa in Aniocha north of Delta State took a tragic turn when gunmen killed a member of Aboh-Ogwashi vigilante group.

It was gathered that the gunmen stormed the Ogwa (meeting hall) of the Okwabani of Aboh-Ogwashi in three vehicles on Monday morning, March 14, and shot sporadically.

The victim identified as Mr Chukwuwike Alawo was allegedly shot at a close range while several others including the leader of the vigilante group and the taskforce on land recovery, Mr Nnamdi Nwaebonnor, were seriously injured

According to Nigerian Tribune, the vigilante vehicle, a Toyota Sienna recently donated by the Isagba of Ogwashi Uku kingdom, Chief Jude Ozah was vandalized.

It was gathered that trouble started when members of the Aboh vigilante group accosted some people buldozing a parcel of land behind Admiralty University of Nigeria along Asaba-Ibusa-Ogwashi Uku road.