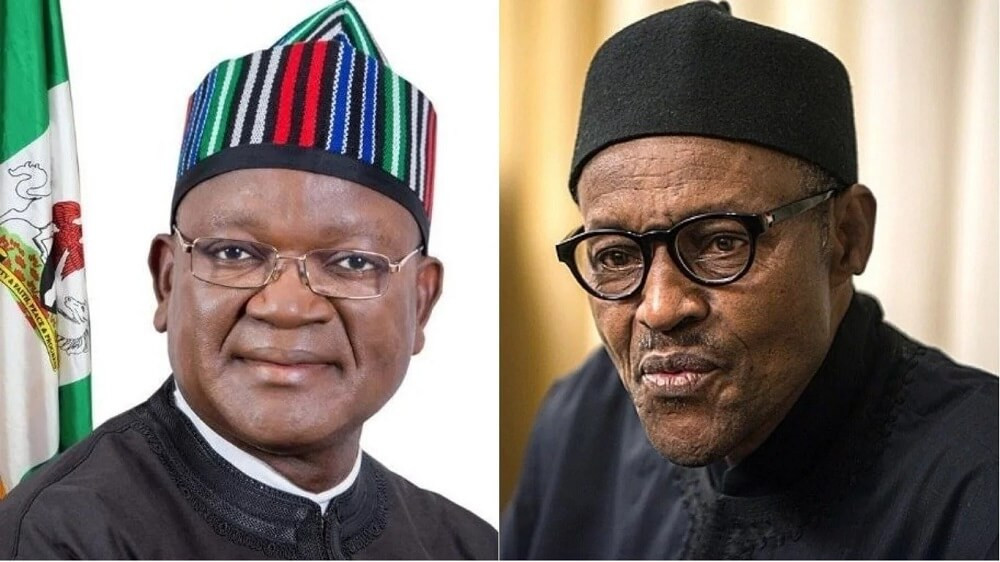 Governor Samuel Ortom of Benue state has called on President Buhari to urgently resign from his office and hand over power to his vice, Prof. Yemi Osinbajo.

The governor who is a strong critic of the Buhari administration made the call at a press conference in Makurdi on Monday, March 14.

He alleged that the president failed Nigerians in all areas of his electoral promises, especially with the worsening insecurity in the country.

“The Federal Government has completely failed and I want to call on President Muhammadu Buhari to accept the fact that he has failed this country and I want to advise him to honourably resign as president of Nigeria.

Yes, he can resign and hand over to his deputy to handle the affairs of this country. Otherwise, this country will be going down” he said