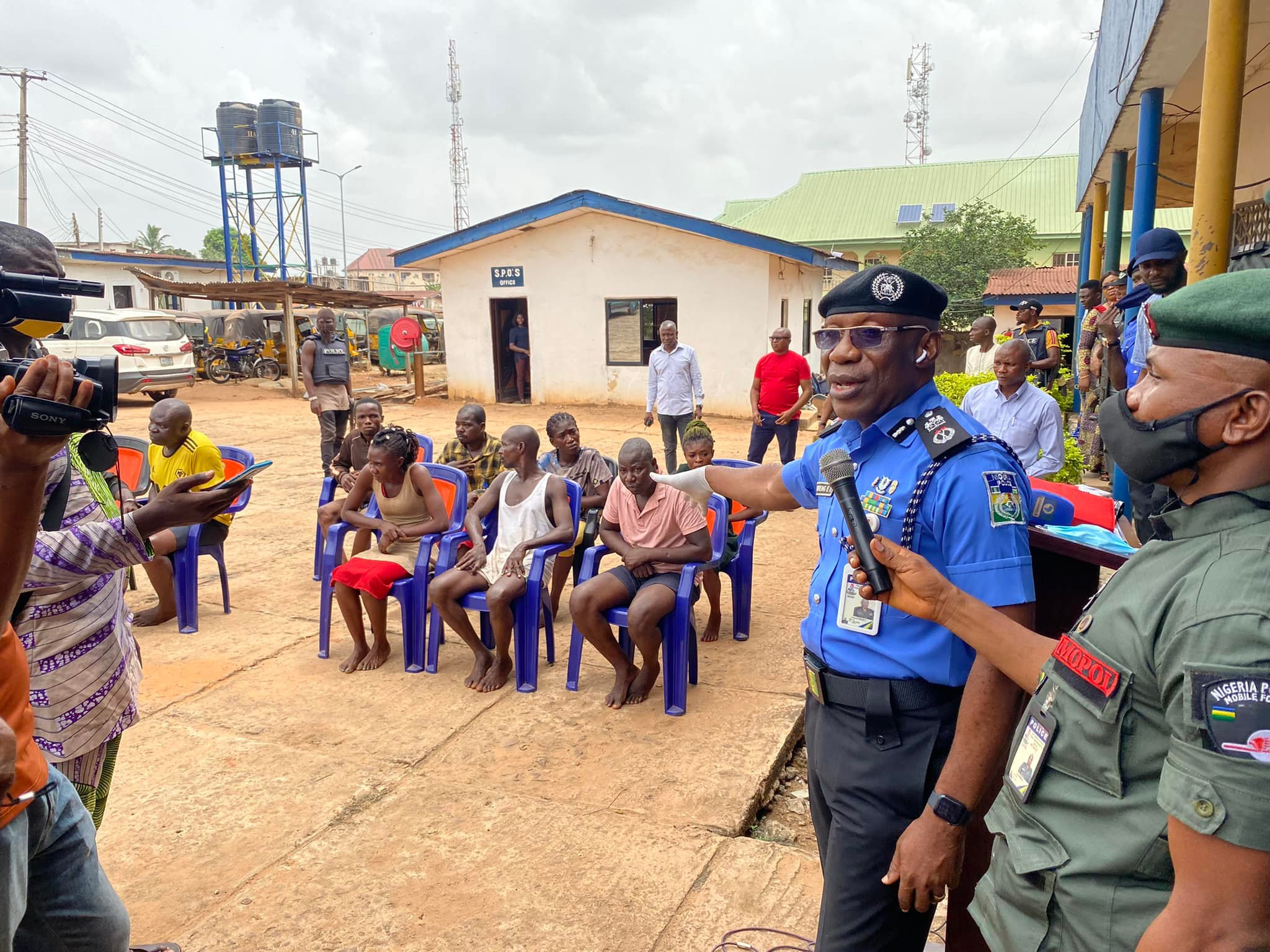 The Anambra State Police Command has arrested six suspects involved in the indecent assault and public disgrace of a widow over allegation of causing her husband’s death in Eziagulu-Otu, Aguleri, Anambra East Council Area.

Recall that the widow was accused of killing her husband by having extra marital affairs, beaten, stripped naked by her in-laws and also forced to swear an oath before their deity.

Parading the suspects alongside others at the State Criminal Investigation Department, CID, in Amawbia, Awka South on Wednesday, March 16, the Commissioner of Police, CP Echeng Eworo Echeng, said that one of them, a native doctor, told the family of the deceased that the cause of his death was as a result of the wife’s infidelity.

The police boss also appealed to members of the public to stop sharing the demeaning video.