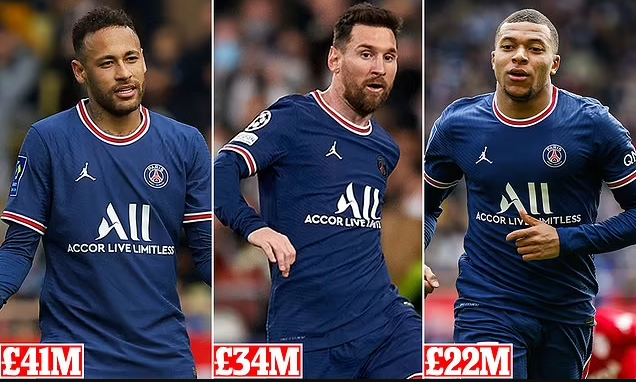 Neymar has been revealed as the highest-paid footballer in France, beating Lionel Messi with a staggering £41m-a-year salary.

Mauricio Pochettino’s side dominates the list with the top 14 spots occupied by PSG players, showing the gulf between his side and the rest of the league.

Brazil star Neymar, who joined PSG from Barcelona for £198million back in August 2017, is still the division’s top earner, earning around £3.4million a month before tax. This equates to a yearly gross salary of just under £41m a year.

The second on the list is his teammate, Lionel Messi, who joined the club in the summer following his emotional exit from Barcelona.

The 34-year-old world superstar, who was once the highest earner in world footballer, now makes around £34m-per-year at the French giants.

Kylian Mbappe, 23, who is in the final few months of his current…