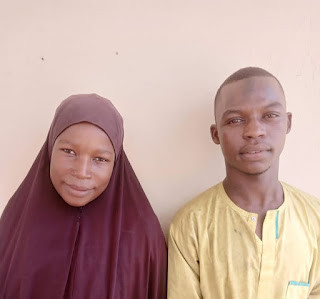 Confirming the arrest to LIB, the spokesperson of the state police command, DSP Suleiman Yahaya Nguroje, said the suspect killed her child because she felt the father couldn’t take care of her and their baby.

Amina had divorced her husband and reunited with her 22-year-old ex-boyfriend, Buba Musa, who is currently married. She got pregnant for him after he promised to take her as his second wife. However, after getting pregnant, Buba, a mechanic, allegedly abandoned her and when she finally gave birth on March 14, she decided to kill her child on March 17.

”After she gave birth to the baby, she discovered that the so-called father is not the type that will take proper care of her and the baby so she decided to go and buy a pesticide. She put it in a cup and gave the baby. Eventually she was…