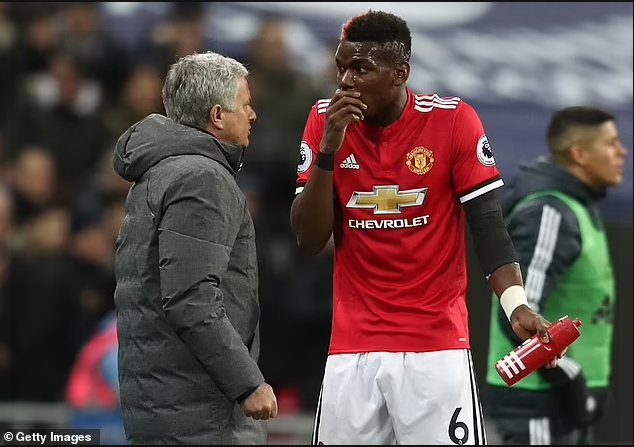 Paul Pogba has revealed that he went into depression after his fallout with former boss Jose Mourinho at Manchester United.

Pogba was stripped of the vice-captaincy by Mourinho in September 2018 as their relationship turned sour, and he believes the situation led to mental health issues.

‘I’ve had depression in my career, but we don’t talk about it,’ Pogba said in an interview with Le Figaro while on international duty with France.

‘Personally, it started when I was with Jose Mourinho at United. You ask yourself questions, you wonder if you are at fault because you have never experienced these moments in your life.

‘All top athletes go through these moments but few talk about it. Inevitably, you will feel it (depression) in your body, in your head, and you may have a month, even a year, where you are not well. But you don’t have to say it. In any case publicly.

‘We earn a lot of money and we don’t complain really, but that doesn’t prevent us from…