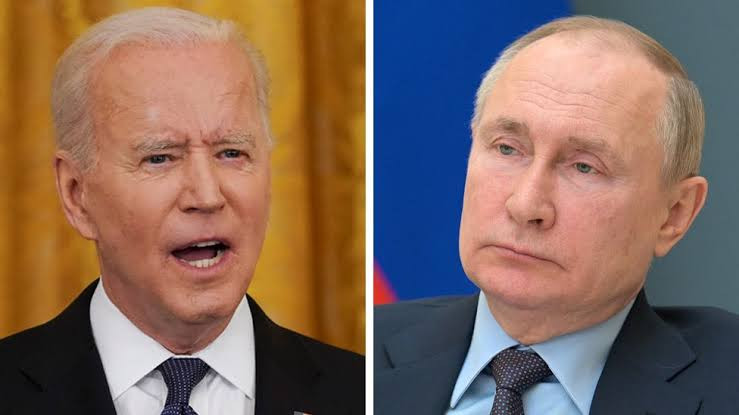 US President, Joe Biden has labeled the Russian President Vladimir Putin a “butcher”.
His remarks came while he visited refugees from war torn Ukraine in Warsaw, Poland on Saturday, March 26.

This comes a week after he called Putin a ‘war criminal’.

During the visit, Biden was asked by reporters what were his thoughts after seeing the Ukrainian refugees at Poland while he has to deal with Putin every day.

Biden responded: “He’s a butcher.” After initially looking to downplay a personal rivalry between himself and Putin.

During the brief question-and-answer session, Biden recounted how he had been to places like this in his life but said he is always surprised by “the depth and strength of the human spirit.”

He added, “Each one of those children said something to the effect, ‘Say a prayer for my dad or my grandfather…