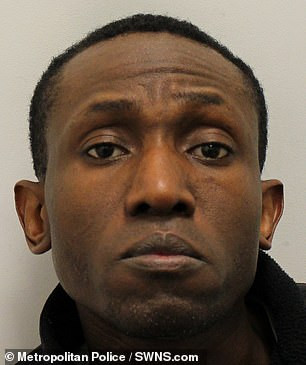 A Nigerian man, Isaiah Olugosi, 38, was on Monday, March 28 discovered dead in his cell at HMP Wormwood Scrubs in West London, where he was awaiting sentence after being convicted for fraud.

In May 2021, he pled guilty to masterminding a scam that defrauded over 100 shops in the UK in a two year reign of theft.

Olugosi, his wife Holly and members of his organised crime group exploited over 30 teenage victims and were charged with modern slavery laws.

The victims aged between 14 and 17 were discovered by police when they unearthed the extent of the fraud in 2020.

While in court he revealed that girls were recruited via social media and approached on the street, with some living in foster homes while others had gone missing.

At Snaresbrook Crown Court, Olugosi admitted conspiracy to arrange or facilitate the travel of children for exploitation, two counts of conspiracy to defraud, money laundering and possession of articles for use in fraud.

Money made from his scam was used…