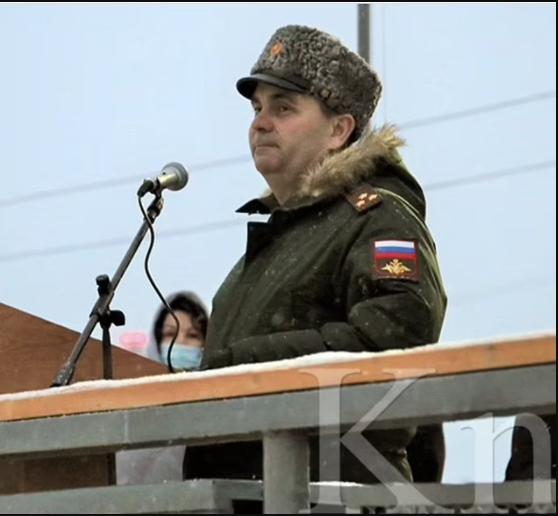 An eighth Russian colonel has been killed in Ukraine in another devastating blow to Vladimir Putin’s invasion.

In a statement, Kyiv said it had ‘eliminated’ Colonel Denis Kurilo, commander of the 200th separate motorised rifle brigade, in fighting near Kharkiv.

The brigade had suffered massive losses in the fierce battle, the Ukrainian army’s press office said.

Two battalion groups in the 200th brigade were destroyed, with a staggering loss of 1,500 servicemen, Ukraine has claimed.

The colonel is the latest in a long list of slain Russian military leaders, which experts say betray the Kremlin’s tactics in the brutal invasion.

Kurilo follows seven colonels and seven generals who have been killed by defiant Ukrainian forces in the month-long war.

Colonel Nikolay Ovcharenko, chief of the Western Military District engineer troops, was killed in an ambush that left a total of 18 Russians dead by a pontoon bridge over the Siverskyi Donets…