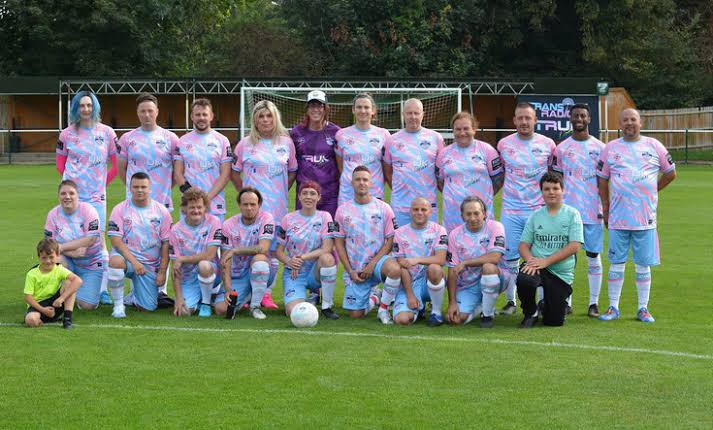 A women’s football team from the fifth tier of the English game, Dulwich Hamlet Women  is set to take  on TRUK United FC (an all transgender team) in a friendly match on ThursdayMarch 31.

The match which will take place in south London, coincides with Transgender Day of Visibility [TDoV], and TRUK United are a charity team formed from Trans Radio UK.l, a radio station dedicated to transgenders.

TRUK United are a team entirely made up of transgender women, and this will be the first time such a side has played a game in British football.

Paula Griffin, a player for TRUK United and a volunteer at Dulwich Hamlet for more than three decades said to Goal;

“I spoke to Lucy Clark [founder of TRUK], and said this might be a game we were able to arrange during the season.

“It’s taken a while to get to this stage. We were trying to look for a good date but league fixtures were being moved around. But we managed to get a date which worked well, with it being…