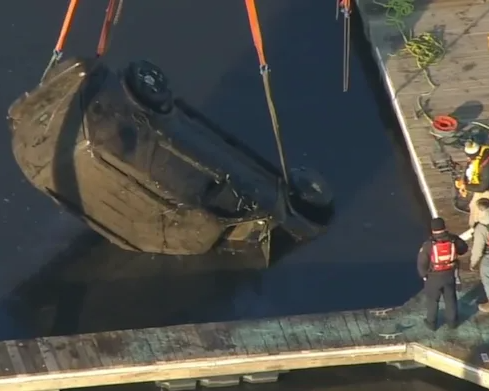 A dad who failed to pick up his children from their babysitter back in 2003 has just been found dead after 18 years.

James Amabile went missing was on Dec 4, 2003, on his way to pick up his two children from their babysitter’s home.

Adventures With Purpose, a team of search and recovery divers who help families find their loved ones, wrote on Facebook after James Amabile went missing: “We were able to ascertain that Mr. Amabile left his residence in the late afternoon … after oversleeping and rushing out to pick up his 2 daughters (ages 5 and 8) from the babysitter.

“Mr. Amabile called the babysitter stating that he would be there within 5 minutes.

Adventures With Purpose worked to help find the remains of Amabile.

“After searching several waterways our investigation took us to Stingers waterfront where 18 years later we were able to utilize technology not available at the time of his disappearance,…