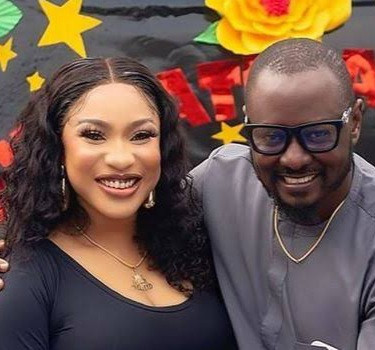 Tonto Dikeh’s followers are asking questions after the actress shared a video of her ex Prince Kpokpogri twerking on her page.

The actress, whose relationship with Kpokpogri ended bittery and publicly, shared the video with the caption: “Current mood. A gee just followed me on IG. Iyam now a bigs gals on this Instagram street.”

Her followers left comments, asking what was going on and if they are back together.

In another post, Tonto said that she just shared the video to show her current mood and there’s “nothing more” to it.