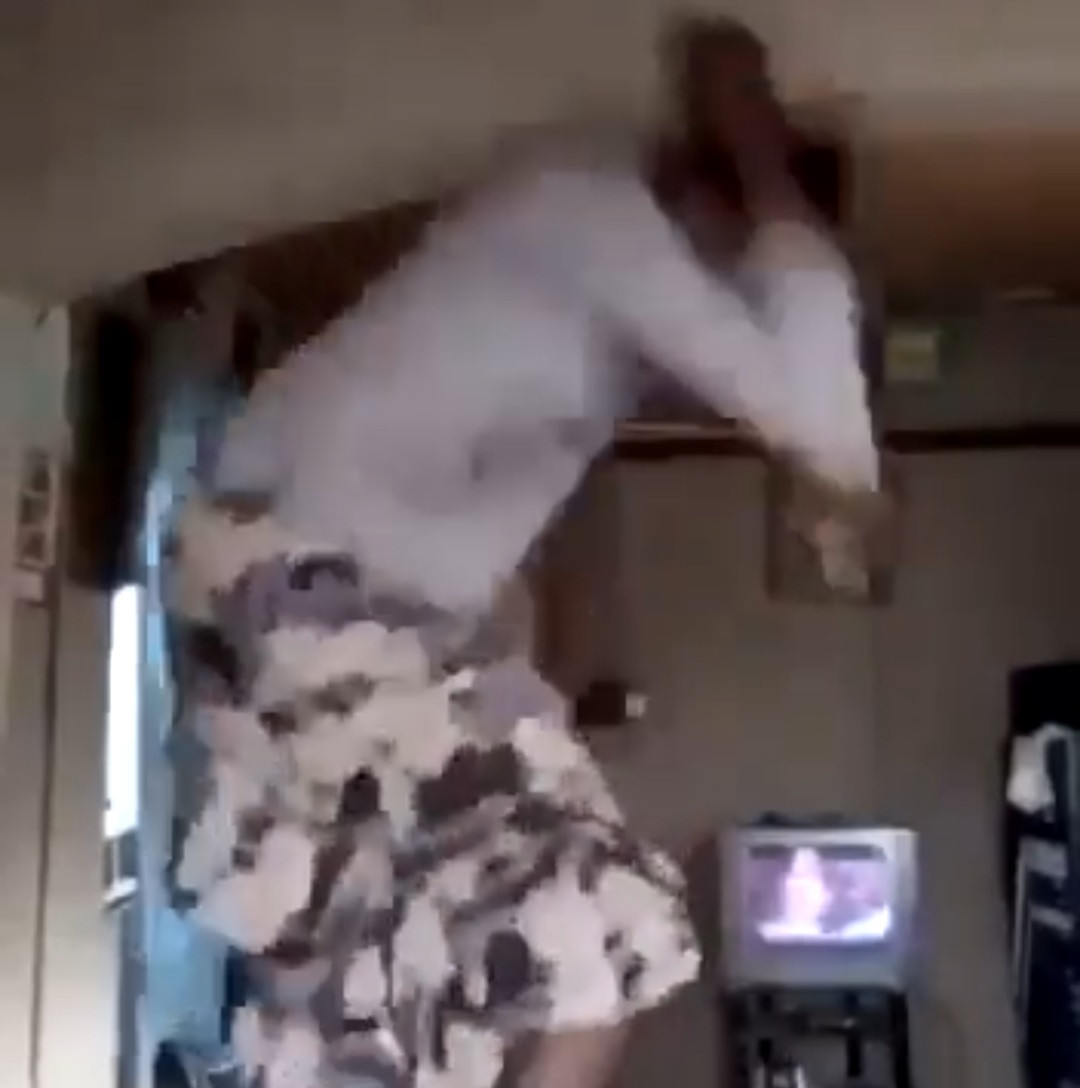 A girl was hit on the head by a ceiling fan after she climbed a table to dance while filming herself.

The video begins with the girl twerking,  while backing the camera to show her backside.

She then stands straight while dancing and the ceiling fan in motion hit her on the head.

Despite being hurt, the girl continues dancing like nothing happened and the only time she shows any sign that she is hurt is when she put her hand to the spot where the fan hit her.