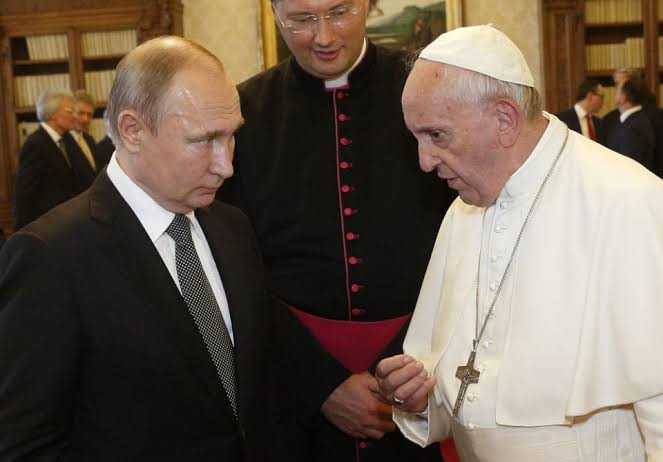 Roman Catholic church leader, Pope Francis has said that he is studying a possible visit to Kyiv, the capital of Ukraine as he blasted Russian President Vladimir Putin for launching a “savage” war.

Speaking on Saturday, April 2 as he arrived in Malta, he delivered his most pointed and personalized denunciation of Russia’s invasion of Ukraine.

Pope Francis avoided referring to Russia or Mr Putin by name, but described him as as “some potentate” who had unleashed the threat of nuclear war on the world in an “infantile and destructive aggression” under the guise of “anachronist claims of nationalistic interests.”

Speaking to Maltese authorities, Pope Francis said: “We had thought that invasions of other countries, savage street fighting and atomic threats were grim memories of a distant past.”

The pope added that a possible visit to Kyiv was “on the table”, but no dates have been set or a trip confirmed.

The mayor of the Ukrainian capital had invited Francis to…